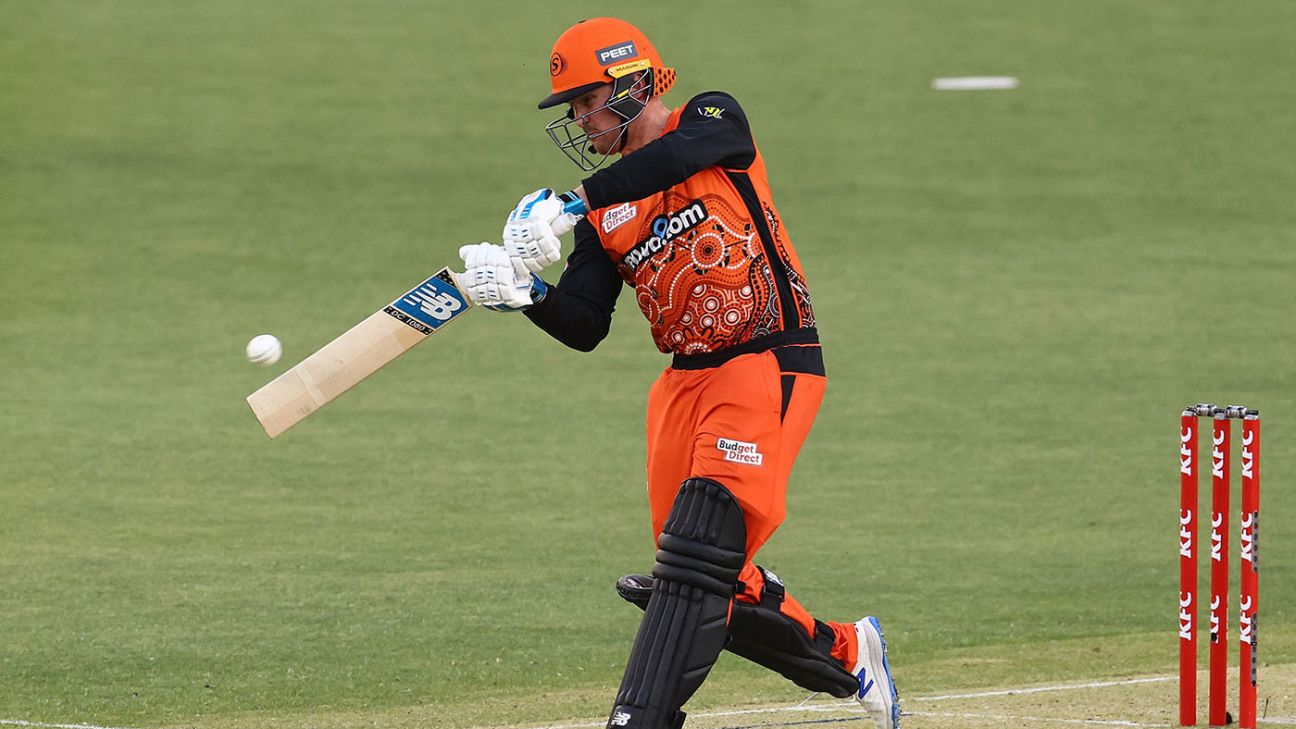 With Jhye Richardson leading their bowling attach, they are fast looking like the team to beat

Perth Scorchers rolled back the years to win their fifth game on the bounce, trouncing Hobart Hurricanes by nine wickets at Optus Stadium to jump to third in the BBL table. A superb bowling performance restricted the Hurricanes to 139, with Jhye Richardson, AJ Tye and Fawad Ahmed all impressing, before a belligerent 123-run stand between Jason Roy and Liam Livingstone helped them home with 22 balls to spare.

The Scorchers have missed out on the finals for two years in a row following a sustained period of dominance, but are beginning to resemble their former selves. They have won all four of their home games, conceding totals of 89, 97 and 168 before tonight, with Richardson leading an impressive pace attack, while their batting line-up is beginning to click.

Their cruise to victory came in the absence of Colin Munro due to a quad injury, though he is expected to re-join the squad shortly, and with the possibility of Ashton Agar returning to fitness in time for the knockout stage, the Scorchers are quickly becoming the team to beat.

The one blemish for the Scorchers came in the form of an injury to Mitchell Marsh, who went off with a side injury three balls into his spell and was replaced by X-factor sub Kurtis Patterson. Adam Voges, their head coach, told Channel 7 that it was a “precautionary measure” and that he anticipated Marsh would be available again soon, even if only as a specialist batsman.

Matt Roller is an assistant editor at ESPNcricinfo. He tweets at @mroller98