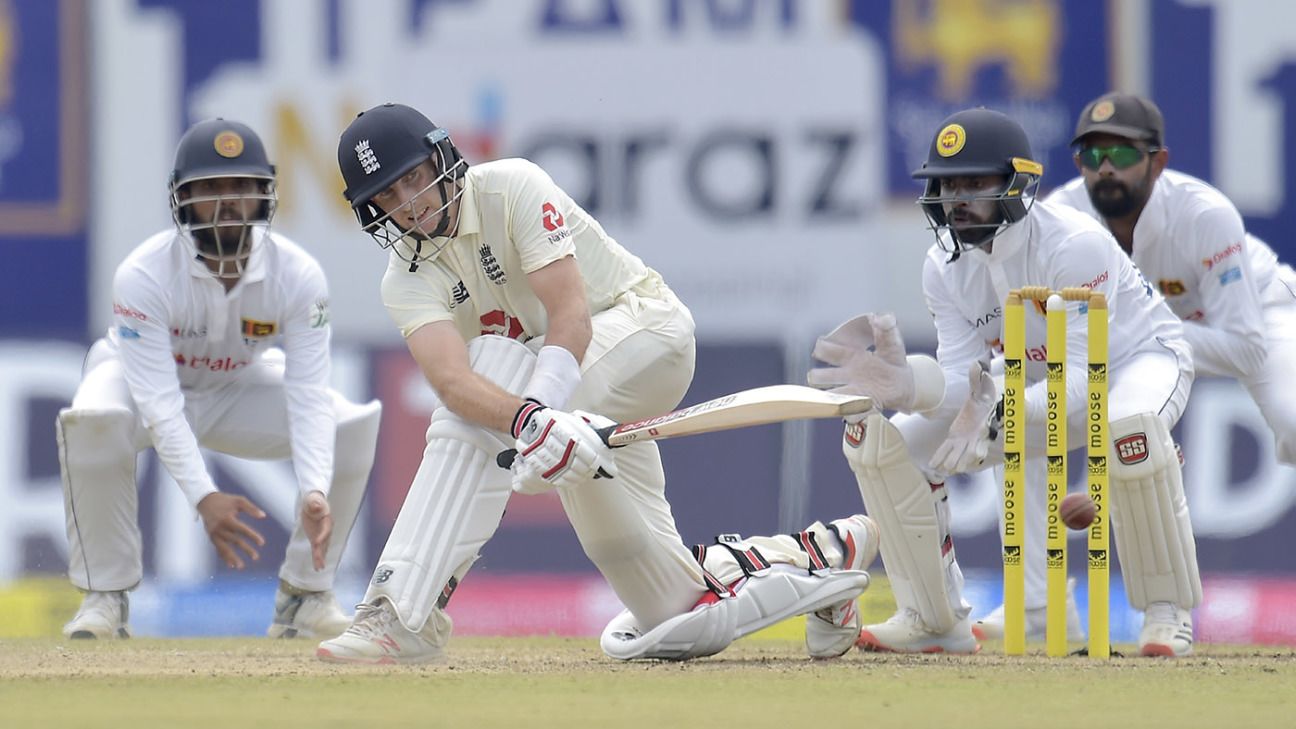 Sri Lanka are facing a desperate fight for survival after Joe Root led England into an apparently impregnable position in the first Test in Galle.

Root’s double-century – the fourth of his Test career and his second as captain – helped England take a first-innings lead of 286 by the time they were bowled out on the brink of lunch on the third day.

The ease with which Root amassed his runs might give a somewhat misleading impression about the nature of this pitch. But while Root appeared to find life straightforward – he was last man out, caught on the long-on boundary, ten minutes before the scheduled lunch break – it might be noted that only two other men in the match so far have made more than 30 and the last five in the England side contributed only 17 runs between them. Sri Lanka claimed six wickets in the morning session, making use of a surface that is providing generous assistance to spin bowlers.

Only Wally Hammond (with seven) and Sir Alastair Cook (with five) now have more double-centuries for England. Root’s score here also represents the second-highest score by an England player in Asia after Cook’s 263 not out in Abu Dhabi in 2015.

Root surpassed 8,000 Test runs during the course of the innings. He is the seventh England player to reach the landmark and, in terms of innings (this is his 178th) the second quickest after Kevin Pietersen, who reached the milestone in 176 innings.

Any hope that Sri Lanka may have had of making early inroads were soon dispelled. Root eased the third ball of the day, from Asitha Fernando, through the covers for four while Jos Buttler’s response to seeing his defensive prod beaten by a lovely arm-ball from Dilruwan Perera was to go on the attack. He reverse-swept his next ball for four and, after unsettling Lasith Embuldeniya with a similar shot, responded with a pull over mid-wicket when the bowler adapted his length.

At one stage, Root took 14 from three deliveries with a lofted drive for six over long-on off Perera followed by a pair of sweeps – very much a feature of this innings- off Embuldeniya; CricViz have suggested Root’s innings has contained more sweeps than any Test innings for which such data exists. Embuldeniya, perhaps tiring after more than 40 overs of toil, was taken for three boundaries in an over at one stage.

Fernando did provide a brief moment of joy for Sri Lanka, though. The seamer had only bowled nine of the first 100 overs in the innings but, immediately after an out-of-shape ball was changed, he gained some wicked late swing to claim wickets with two successive deliveries. First he took Buttler’s edge with a full one which left him late, before persuading one to nip back between Sam Curran’s bat and pad to bowl him. Dom Bess negotiated the hat-trick ball securely enough but was run-out shortly afterwards as Root, faced with a loud appeal for lbw, called him through for an impossible single. Jack Leach was trapped in front by a sharply-turning off-break and Mark Wood miscued an attempted sweep and ballooned a catch to the keeper.

Stuart Broad survived being given out twice in three balls – umpire Kumar Dharmasena was forced to change his decisions after DRS showed neither of his LBW decisions were correct – and responded with successive boundaries off Fernando.

But by then the die was cast. On a pitch offering increasing assistance to spin bowlers, England’s lead had long since stretched beyond the horizon. Sri Lanka’s best hope of survival may well be a return of the rain that curtailed the second day.

George Dobell is a senior correspondent at ESPNcricinfo