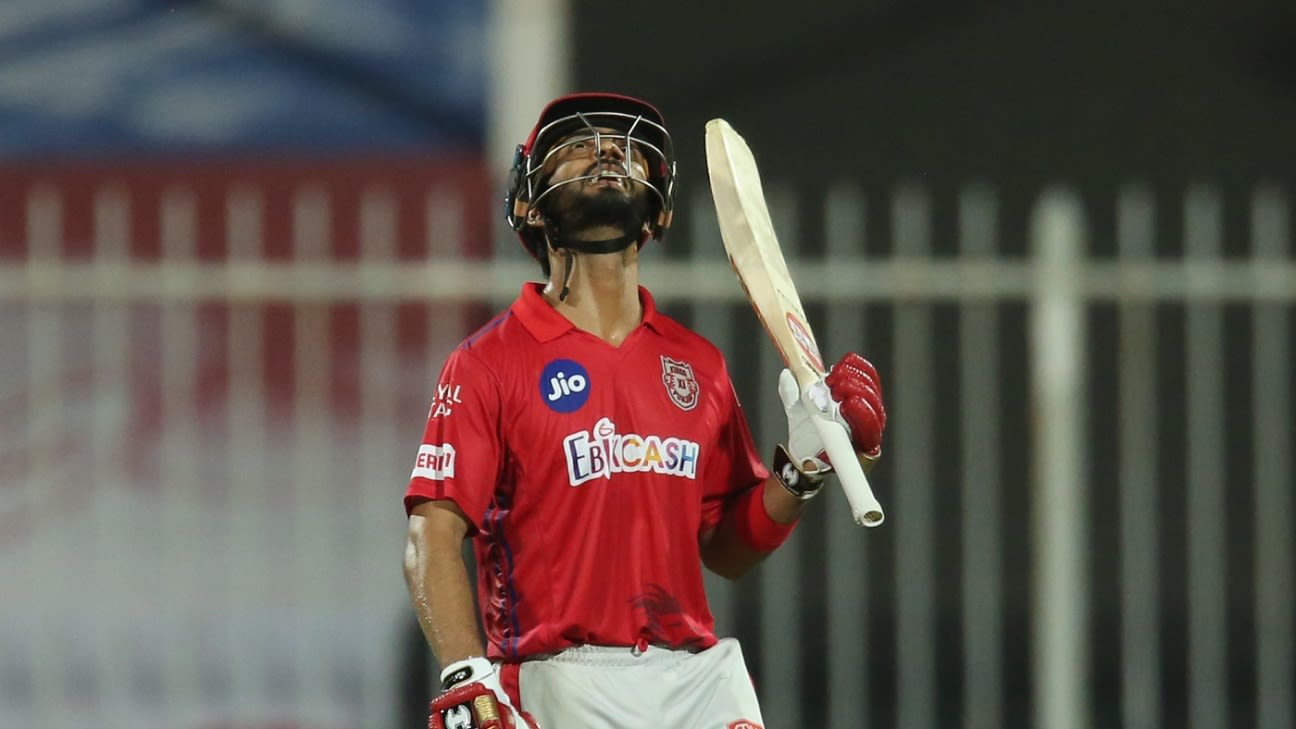 The last time Kings XI Punjab took on the Kolkata Knight Riders, a little over two weeks ago, KL Rahul‘s side seemed to have plumbed the depths in the IPL. They had slumped to a sixth loss in seven games, this one particularly galling after having the match well in hand for about 90 percent of the chase. By the time the return fixture against the Knight Riders came about, the Kings XI were a team transformed – or at least a team with fortunes transformed.

There was no mucking about with last-over finishes, just a good bowling performance backed up by a efficient chase, and a fifth win on the trot. That the victory came against the Knight Riders – their closest competitors for a playoff spot – made this particularly significant. The Kings XI now have 12 points and moved to the top half of the points table.

The bowlers had kept the Knight Riders to 149 for 9, having successfully weathered an 81-run stand between Shubman Gill and Eoin Morgan. Mohammed Shami struck upfront and the legspin pair of Ravi Bishnoi and M Ashwin applied the choke in the second half.

The chase was clinical. Mandeep Singh partnered Rahul again at the top and shrugged off initial struggles to hit an emotionally charged half-century, batting till the end when the winning runs were hit. Chris Gayle came in at No.3 and bossed the bowlers around in a way only he can, out for 51 off 29 when only three runs were needed to create some artificial jitters, but Kings XI were not to be denied on Monday.

The Shami burst at the top
In what has been a regular occurrence this IPL, Shami struck early, bowling beautiful lines. Rahul Tripathi pushed at one that seamed away after pitching on off to be caught behind. Two balls later, Shami did it again, only with even more impressive movement to send back Dinesh Karthik. The batsman reviewed, because his bat had hit pad too, but the ball was too close to the bat for the decision to be overturned. This was after Glenn Maxwell had already snared Nitish Rana in the first over of the match, and at 10 for 3 in two overs, the Knight Riders were in a bit of a hole.