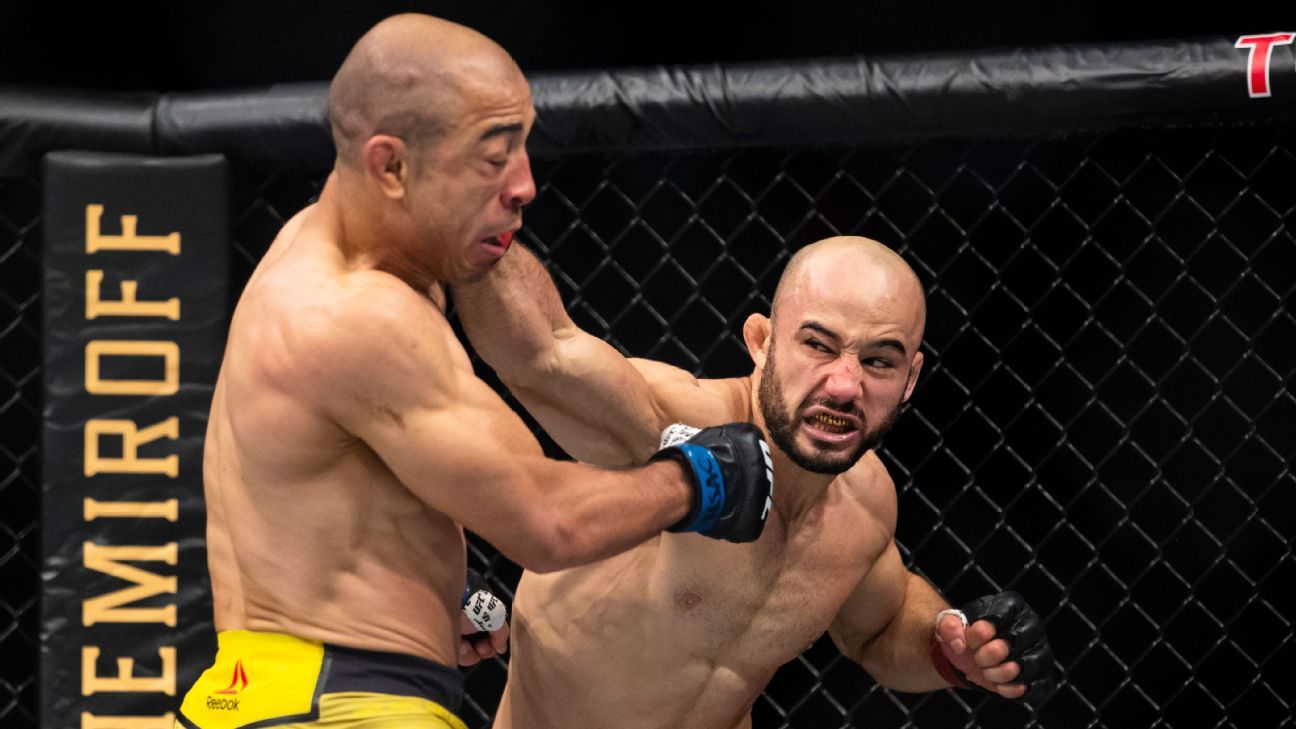 The UFC has not officially announced the 135-pound bout, but sources confirmed to ESPN both sides have agreed to it. MMAJunkie first reported the matchup and date.

It’s a quick turnaround for Moraes (23-7-1), who just suffered a second-round knockout loss to Cory Sandhagen in the main event of a UFC event Oct. 10 on “Fight Island.” Moraes, 32, fought for the UFC title in June 2019, but came up short in a TKO loss to Henry Cejudo. He is 2-1 in his past three bouts, with the win coming against Jose Aldo via split decision.

Font (14-4), of Boston, will be looking for the biggest win of his career. He has been a mainstay in the UFC’s rankings for a while, but has come up short in key matchups against John Lineker, Pedro Munhoz and Raphael Assuncao. He is 7-3 overall in the UFC.

The UFC has not yet announced a main event for the UFC Fight Night, which will mark the final UFC event of 2020.