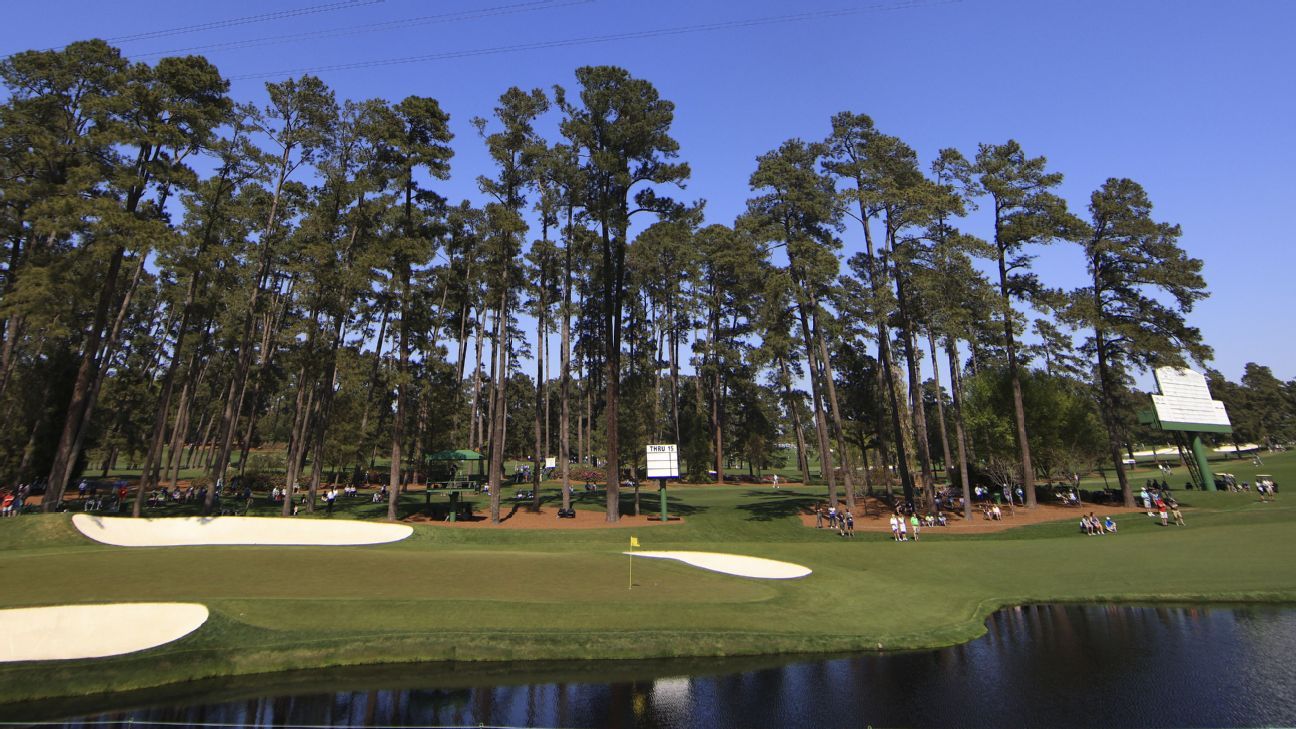 
AUGUSTA, Ga. — Masters Tournament chairman Fred Ridley said Wednesday he is keenly interested in the results from an ongoing study on distance by golf’s governing bodies, as it relates to keeping Augusta National viable as a major championship venue.

“As I have stated in the past each year, we look at every hole of our golf course,” Ridley said during his annual pre-tournament news conference. “Fortunately, we do have the ability to make any number of changes to protect the integrity of the course.

“At the same time, we hope there will not come a day when the Masters or any golf championship will have to be played at 8,000 yards to achieve that objective.”

A year ago, the USGA and R&A released their “Distance Insights Project,” in which they stated that the continuing increase in length was “detrimental’ to the game.

Ridley has made it clear he would like to see the governing bodies come up with some sort of solution.

“This is an important crossroads,” Ridley said. “So we will continue to urge the governing bodies and all interested parties to put forward thoughtful solutions as soon as possible.”

And if there is no viable solution? Ridley would not go so far as to say Augusta National would make its own rules. Not yet.

“I know there’s been some talk in the past of possibly a Masters golf ball or something like that,” he said. “I would think that would be highly unlikely and would, in my view, be an absolute last resort. We have had a long-standing position of supporting the governing bodies.

“I was very encouraged when I saw the areas of interest that were published by the USGA and R&A recently. I know there have been varying opinions among players and others, other stakeholders in golf, and that’s really how the process should work.

“But our position would be to support the governing bodies, and then if there is no action taken, for whatever reason, then we need to look at other options with regard to our golf course and what we can do to continue to challenge these great golfers and maintain the design integrity.”

Ridley, the 1975 U.S. Amateur champion, is also a former president of the USGA and was in charge of the Masters competitions committee, including rules, prior to becoming chairman.

Among the other topics covered by Ridley on Wednesday:

“Like all of you, I was deeply saddened when I learned of Tiger’s tragic car accident in February. Tiger Woods is one of the greatest competitors in the history of all sports, and he is and forever will be a part of the fabric of Augusta National and the Masters Tournament,” Ridley said. “Our thoughts are with Tiger and his family and loved ones with whom he shares such a close bond. He is greatly missed this week, and we continue to hope and pray for his recovery.”

“We believe the attention to detail surrounding the course and our traditions will be world class and will provide new and current fans around the globe with a fun and interactive way to look at Augusta National,” Ridley said.

The game is scheduled to be released ahead of next year’s tournament, with all proceeds going to the Masters Tournament Foundation, which seeks to help grow the game.

The Masters has long had a policy of allowing spectators to place folding chairs at various places on the property, with others welcoming them back to their place even if they leave for hours. But this year, signs have popped up saying that chairs cannot be left unattended. If they are, security guards are removing them. Ridley said it is a one-year policy.

“We have had ideal weather,” Ridley said. “We had a cool January, we had a little more rain than normal in February, but all of those conditions have normalized, and you’ve seen the weather the last few days. It’s been terrific. This is probably the first year going back to (Adam Scott’s win in 2013) when we actually came into the week with the golf course playing firm and fast, as it is right now. Our intention would be to maintain that throughout the week.

“In the past, we might have started out a little soft and then got firmer as the week went on and vice versa, and last year we were pretty soft all week. I think we have the golf course where we want it. It’s playing, as I said in my comments, firm and fast, and not only the greens but the fairways. The ball really is rolling.

“(Club founder) Bobby Jones said often he wanted to create an inland links course when he built Augusta National. So when you think about that, we certainly don’t look like a links course because we have a lot of trees, but we can have the characteristics of a links course by having the ground play a big part in how the course is played, and that’s what we are trying to do.”