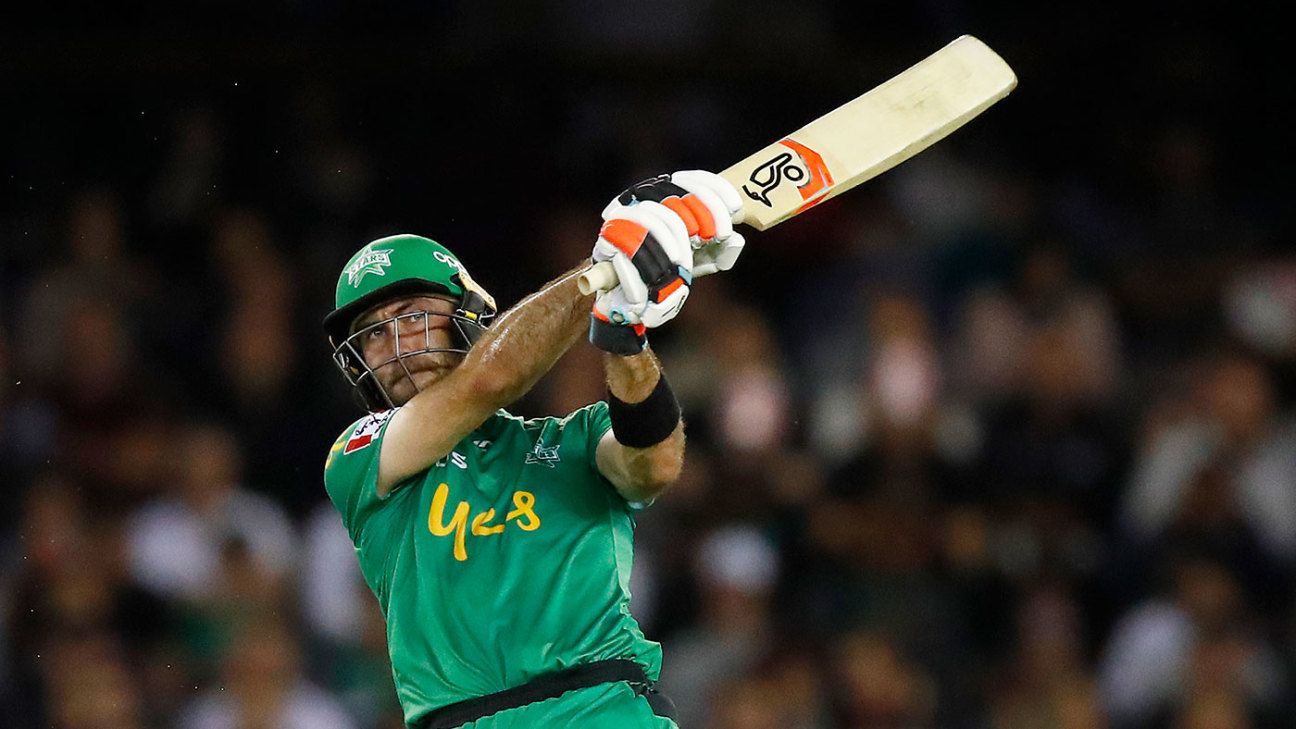 Pro Tip: Glenn Maxwell and Adam Zampa who are the top run-scorer and wicket-taker respectively at the MCG, are must-haves in your team.

Player Availability: Haris Rauf will not be available for the rest of the season after he was picked in Pakistan’s Test squad for the South Africa series.

We might not always be able to tip you off about late injury (or other relevant) updates, so please finalise your team after the toss.

After consecutive ducks, the Stars’ captain Maxwell went big in the last game with a 28-ball 37 and picked up 2 for 12 in his four overs. He has been in amazing hitting form from the start of this season, accumulating 292 runs in nine innings at an average of 36.50. He is also the highest run-scorer at this venue with 792 runs at a strike rate of 142.44.

Marcus Stoinis: Last season’s highest scorer Stoinis has been continuing his fine form in this season too by scoring 290 runs at a strike-rate of 145.72. Stoinis has got 737 runs at an average of 38.78 at the MCG. The Melbourne Derby is his favourite fixture in BBL having scored 210 runs in six games and getting dismissed only twice.

Adam Zampa: Last season’s best spinner with 20 wickets in 12 games, Zampa has been the best spinner this season too, picking up 17 wickets in just eight games at an average of 11.88. He has also been the leading wicket taker in BBL history at the MCG with 30 scalps in 20 games.

Peter Hatzoglou: Hatzoglou has been in top form in his debut BBL season, picking up 12 wickets in nine games at an average of 22.33. After a couple of disappointing outings, he came back well to pick up five wickets in his last two outings. In a pitch that assisted the Stars’ spinners greatly in the last game, he should be effective.

Kane Richardson: The leading wicket-taker for Renegades in BBL10 with 13 scalps in ten games has been one of the very few positives for his side. He has picked up 11 wickets in ten games against the Stars.

Andre Fletcher: Fletcher had a horror start to his debut BBL season having scored under 100 runs in his first ten games. However, in Stars’ first game at their home ground MCG, he scored a magnificent 89 not out off 49 balls in a tricky wicket. Expect him to continue his home ground form.