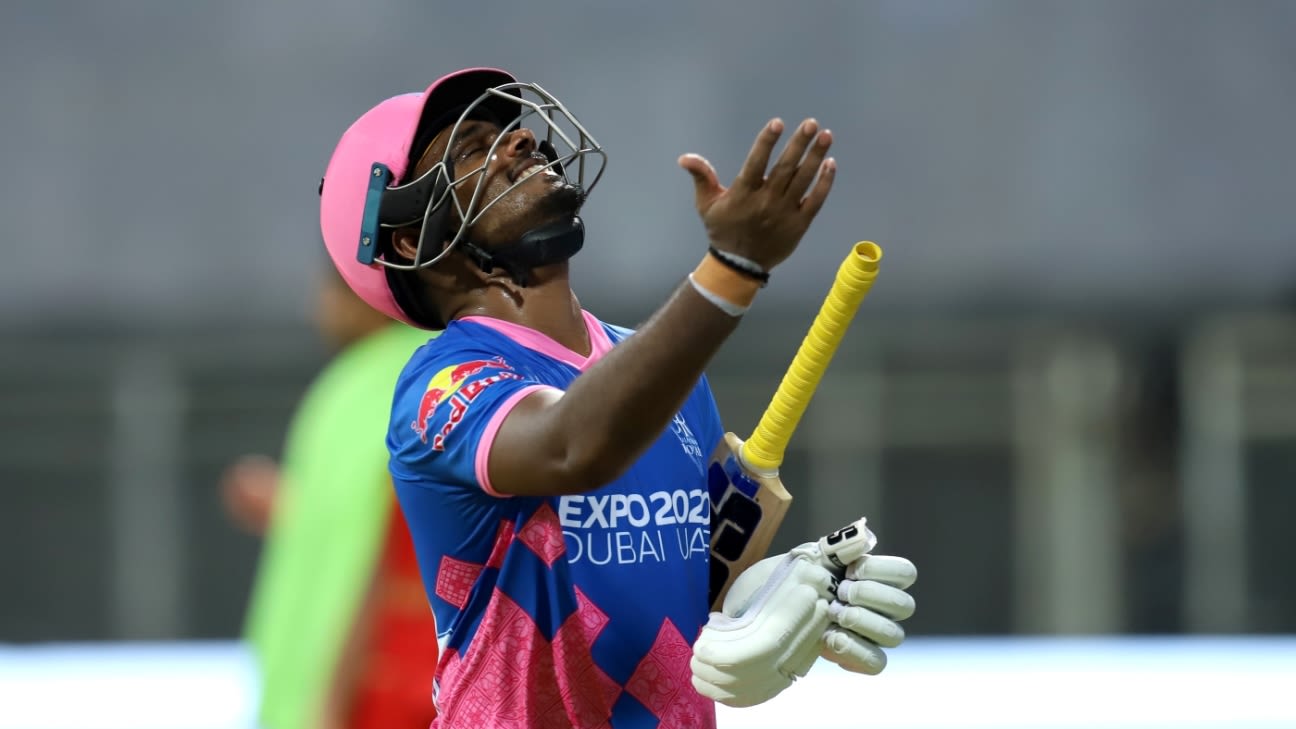 Good news for Capitals with Rabada and Nortje likely to be available, while the Royals face selection dilemma with injured Stokes out

These teams are fire. Delhi Capitals once struggled to find an identity for themselves. Now they are the home of young Indian batting geniuses. Rajasthan Royals see-sawed from one extreme to the other, not so much a cricket team as an unruly teenager. But now mum’s put her foot down – yes, we want you to picture Kumar Sangakkara as mum – and they’ve finally promised to behave.

Sanju Samson threatened to exceed those expectations on Monday, when he stayed calm even though he couldn’t time the ball at the start of his innings. By the end of it, he wasn’t so much a man with a piece of wood in his hand, he was King Kong with a goddamn axe. If the new captain can reprise this zen at the crease for, say, a full season, the Royals are going to be trou-bleeee.

The Capitals probably aren’t too worried though. They have got monsters of their own. Well-rested ones too. Kagiso Rabada and Anrich Nortje should be available for selection again after completing their quarantine periods. Hear them roar in T-minus 24 hours. Give or take.

Alagappan Muthu is a sub-editor at ESPNcricinfo