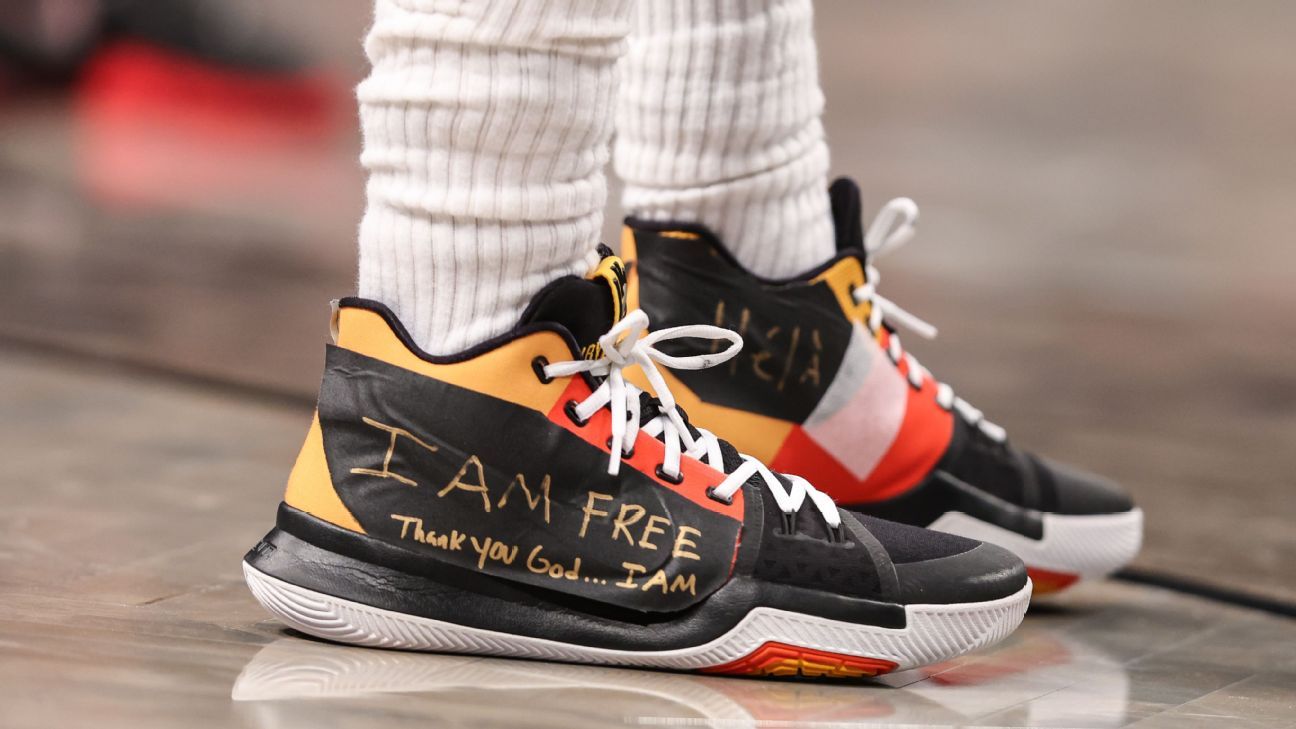 
Kyrie Irving is a sneaker free agent, and he used the Brooklyn Nets‘ game Wednesday night to advertise it.

Irving played with tape covering the logo on his black sneakers, two days after Nike ended its relationship with him.

“I AM FREE Thank you God … I AM,” was written in gold marker on the sneakers during the Nets’ 122-116 victory over Charlotte. The other side read “logo here.”

Nike had suspended its relationship with Irving last month as part of the fallout from him tweeting a link to a film containing antisemitic material. The apparel maker then announced this week that the split would be permanent.

Irving had been a Nike athlete throughout his career, and the company had been set to release the Kyrie 8. His agent, Shetellia Riley Irving, had said the split was mutual, and it’s one Irving seems to be celebrating.

One post on his Twitter page Monday said that nothing was more priceless “than being free.” In another, he thanked anyone who had spent money on anything he released and added that it was “time to show how powerful we are as a community.”