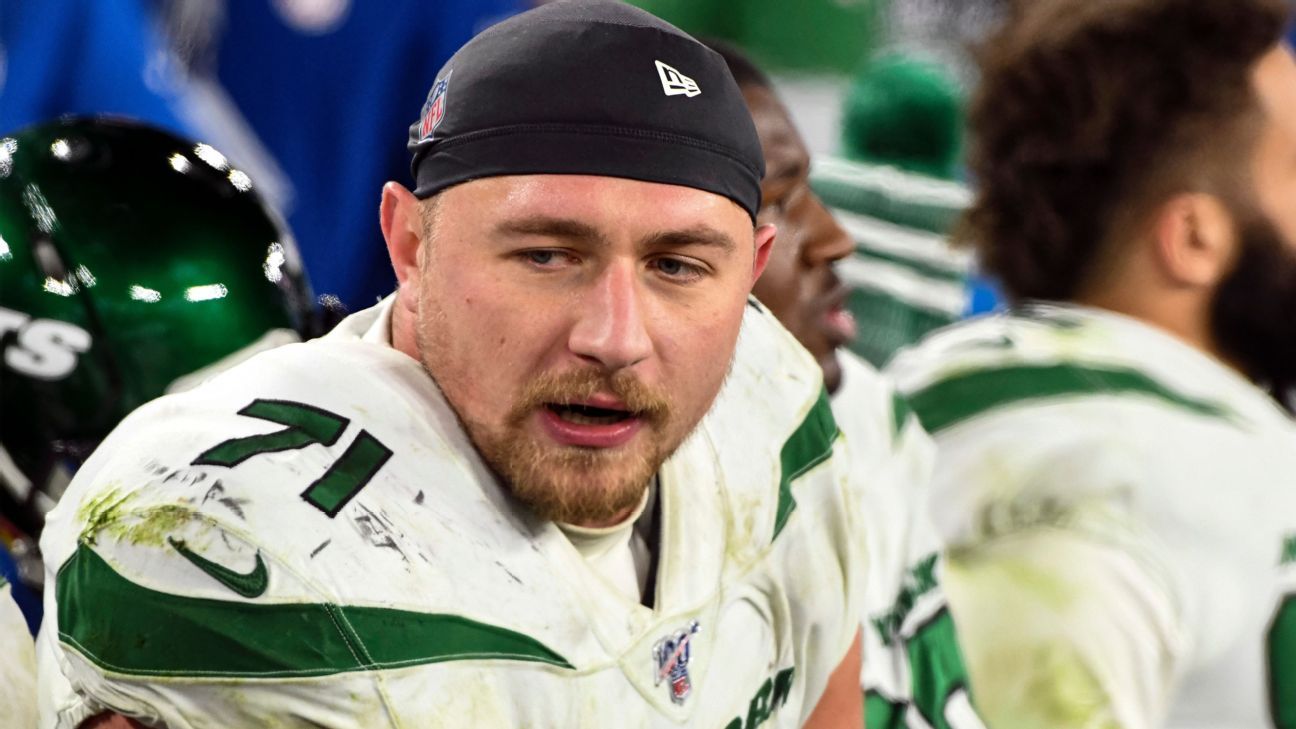 
The winless New York Jets are benching starting guard Alex Lewis for the second straight week, but they won’t say why — another strange twist in the franchise’s worst season ever.

Lewis won’t play Sunday against the Las Vegas Raiders because of “an organizational decision,” coach Adam Gase announced Friday. He refused to elaborate, except to say Lewis is not being fined and his roster spot is not in jeopardy.

Gase wouldn’t classify it as a disciplinary matter, but he was noncommittal on whether Lewis would play next week.

“As soon as we have a resolution to this, we can talk more about it,” Gase said.

Lewis, 28, is attending virtual meetings but hasn’t been allowed to practice since last Friday, when his practice was cut short for an undisclosed reason and he was benched against the Miami Dolphins. The organization has made it clear the situation isn’t injury-related.

On Monday, Lewis told ESPN there was “no issue at all” and that he was “shooting” to play against the Raiders.

The Jets acquired Lewis from the Baltimore Ravens in August 2019, and they thought enough of him to re-sign him last offseason — a three-year, $18.6 million contract, including a $5.6 million guarantee. He has started 21 games for the Jets at left guard.