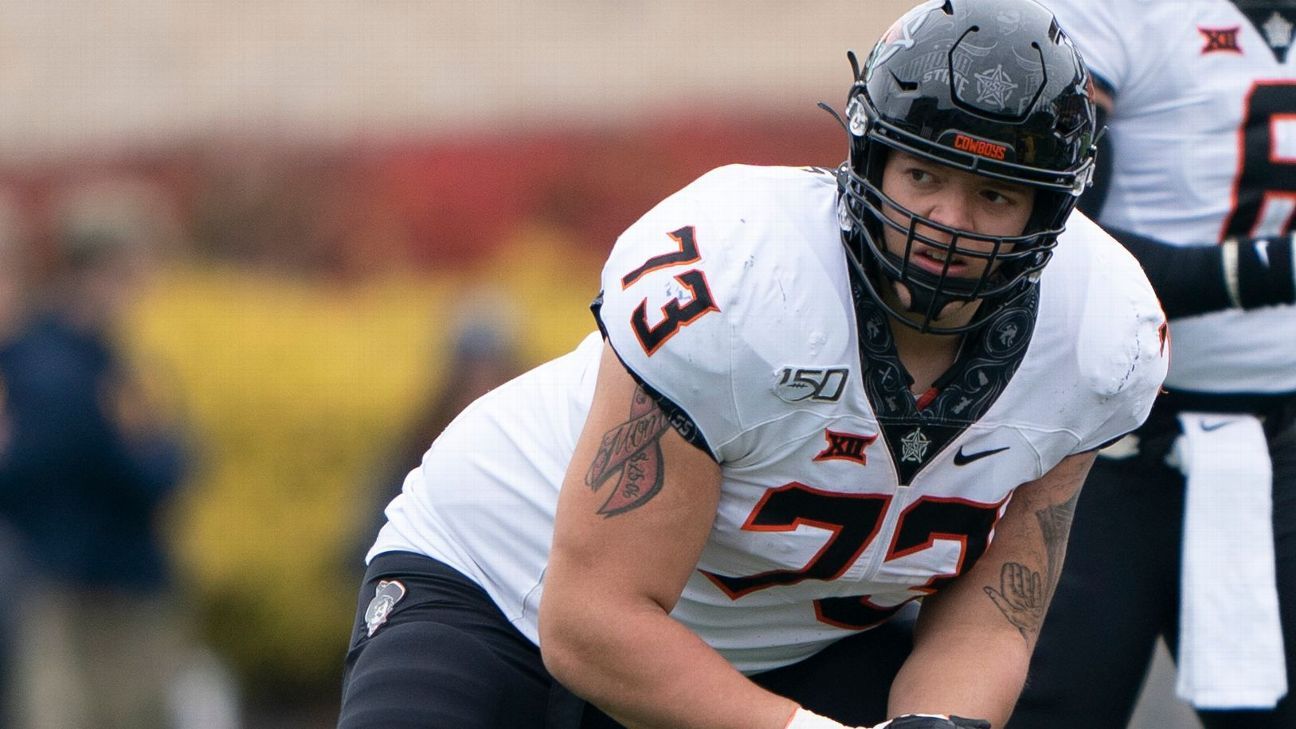 
STILLWATER, Okla. — Oklahoma State offensive tackle Teven Jenkins has decided to opt out of the remainder of the season to prepare for the NFL draft.

Jenkins made the announcement in a tweet Monday. Jenkins was injured against Oklahoma on Nov. 21 and did not play this past Saturday against Texas Tech. Oklahoma State coach Mike Gundy said the 6-foot-6, 320-pound senior has been dealing with back pain.