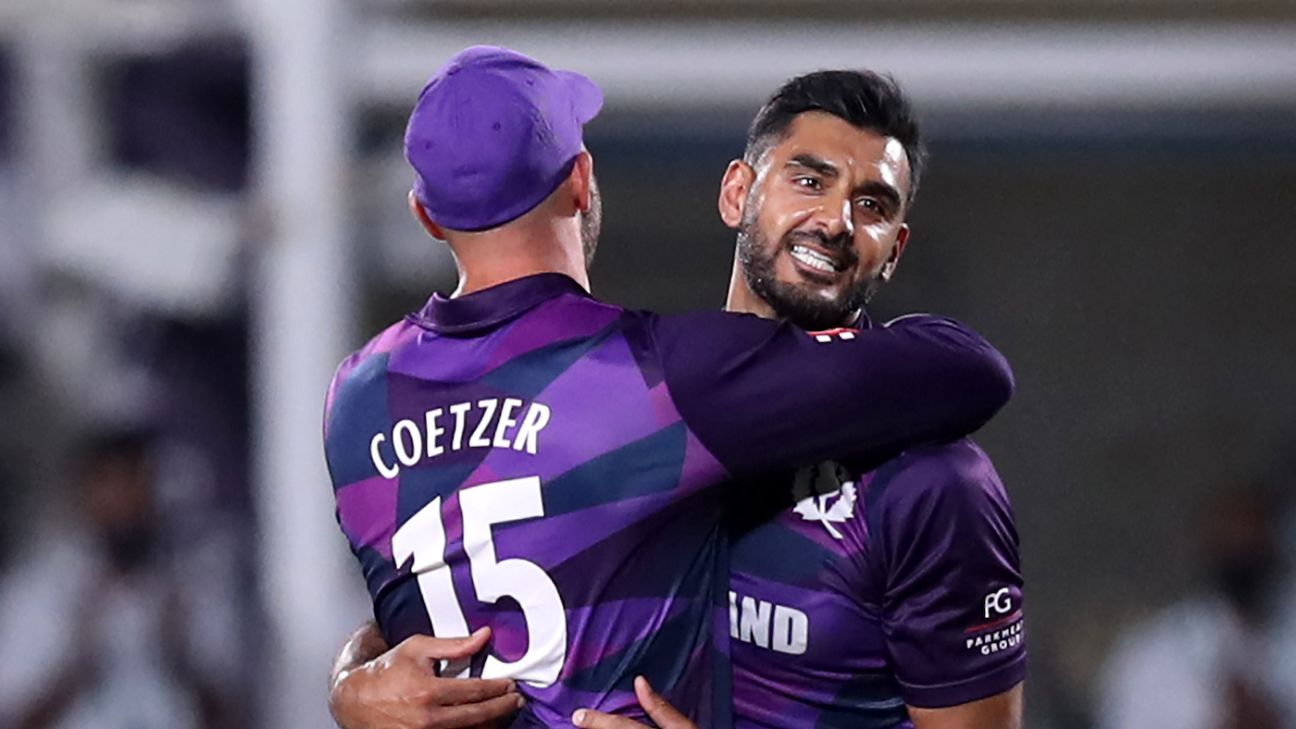 Zeeshan Maqsood opted to bat for Oman in a must-win Group B clash against Scotland, with the winner progressing through to the Super 12s.

Oman made two changes to the XI that lost to Bangladesh two nights ago. Suraj Kumar, the wicketkeeper, and Khawar Ali, the top-order batter, came in for Kaleemullah and Ayaan Khan.
Scotland made just one change, to their bowling department. Fast bowler Safyaan Sharif, who missed the previous game due to a groin niggle, replaced Alasdair Evans.

Maqsood felt the surface could offer some turn later on, and the prospect of giving his batters the freedom to express themselves was hard to ignore.

Kyle Coetzer, his counterpart, felt differently. “We would’ve been happy either way, what we do know is this has probably been the best pitch from the three match days here,” he said. “We’ve got a real belief and togetherness amongst our group.

“Any game we play, there’s something on the line. Having to win three games to top the group, if that’s what we’ve got to do, we’re comfortable doing that.”

A win for Scotland will see them top the pool, and a loss will mean a heartbreaking exit despite winning their first two games, including one over Bangladesh on the opening night of the competition.

Oman, the hosts, are also on the same boat. But a win by 79 runs or more will help them top the group. A win by a smaller margin will mean they will be the second team to qualify from Group B, along with Bangladesh.

Shashank Kishore is a senior sub-editor at ESPNcricinfo