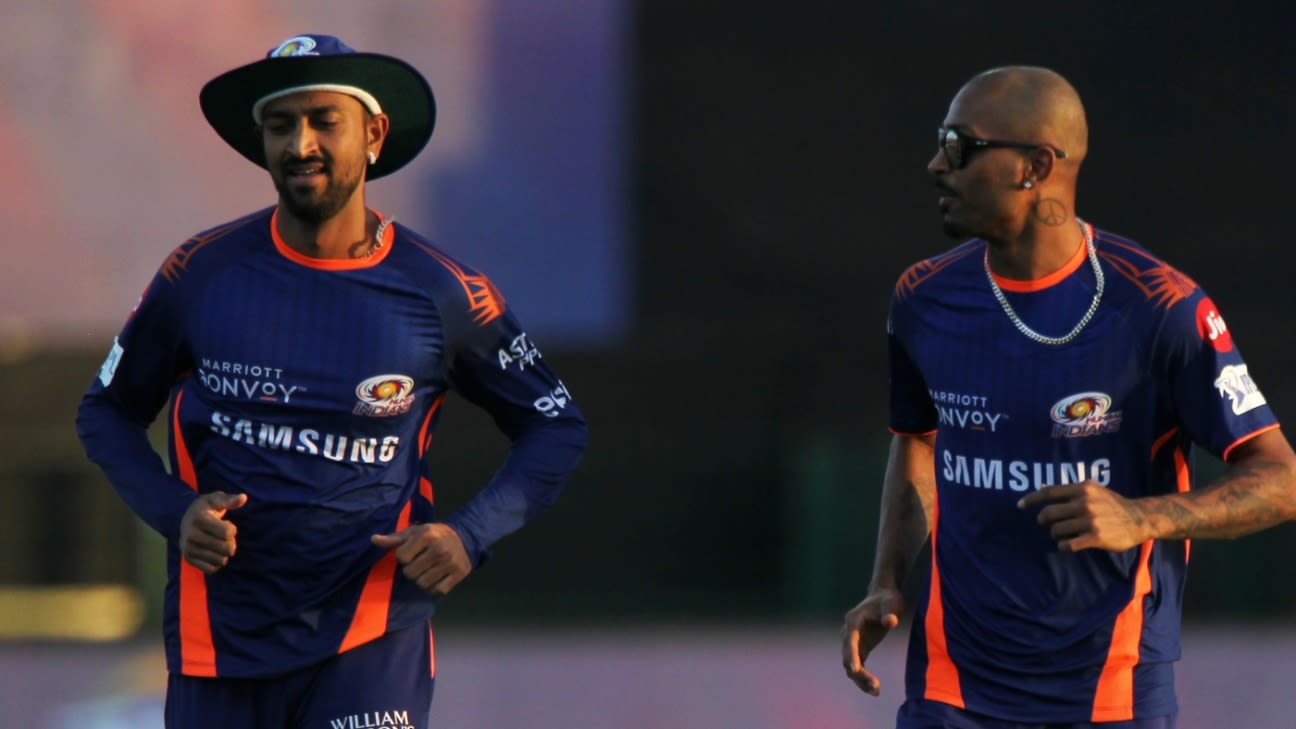 Himanshu Pandya died on Saturday after suffering a heart attack

India allrounders Hardik and Krunal Pandya have lost their father Himanshu, who died on Saturday after suffering a heart attack. He was 71.

Krunal, who was leading Baroda in the ongoing Syed Mushtaq Ali Trophy, left the team’s bio-bubble to be with his family, Baroda Cricket Association secretary Ajit Lele told PTI. Hardik is not playing the tournament as he is preparing for the white-ball series against England. He has also left Mumbai, where he was training, to go to Vadodara.

Himanshu had played a key role in the success of his sons, who have represented India and the Mumbai Indians in the IPL. Virat Kohli and Sachin Tendulkar led the cricketing fraternity in condoling his demise.

Heartbroken to hear about the demise of Hardik and Krunal’s dad. Spoke to him a couple of times, looked a joyful and full of life person. May his soul rest in peace. Stay strong you two. @hardikpandya7 @krunalpandya24

Really sorry to hear about the demise of your father @krunalpandya24 & @hardikpandya7.
Condolences to your family and friends.
May God give you strength in these difficult times.

Irfan Pathan and his brother Yusuf, both former India and Baroda players, also expressed their condolences.

Remember meeting uncle for the first time at motibagh. He was so keen for his sons to play good cricket. My condolences to You and family. May god give you strength to pass through this difficult time @krunalpandya24 @hardikpandya7

A loved ones passing away is never an easy moment for anyone. I sincerely admire the sacrifices uncle made for his sons @krunalpandya24 @hardikpandya7. Condolences to his family and dear ones at this tough time. #rip

Krunal scored a match-winning 76 off 42 in their opening game against Uttarakhand and has also taken four wickets in the first three games. In his absence, Baroda were led by Kedar Devdhar in their fixture against Maharashtra on Saturday in Vadodara.