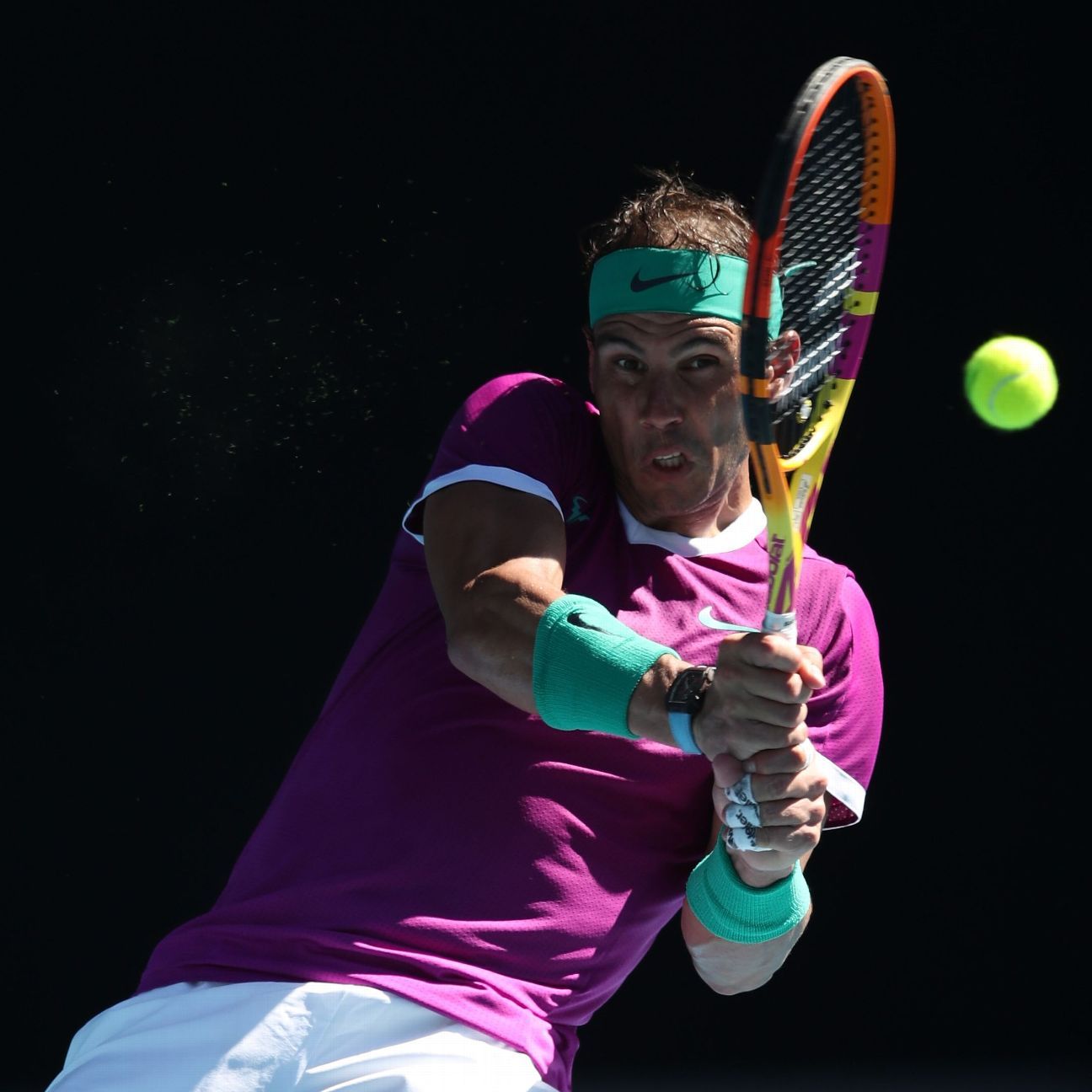 
MELBOURNE, Australia — Rafael Nadal stayed on track for a record-breaking 21st Grand Slam singles title with a topsy-turvy 6-3, 6-4, 4-6, 3-6, 6-3 win over Denis Shapovalov in the quarterfinals of the Australian Open on Tuesday at Melbourne Park.

Nadal is tied for the most major singles titles by a male player with Roger Federer, who is not playing here due to continuing recovery from right knee surgery, and Novak Djokovic, who was deported before the tournament began over visa issues concerning his decision not to be vaccinated against COVID-19.

Nadal will play the winner of Tuesday’s later quarterfinal between Gael Monfils and Wimbledon finalist Matteo Berrettini. The men’s semifinals are set for Friday, so both winners on Tuesday will have an extra day to recover and prepare for their final-four showdown.

The men’s final is Sunday night.