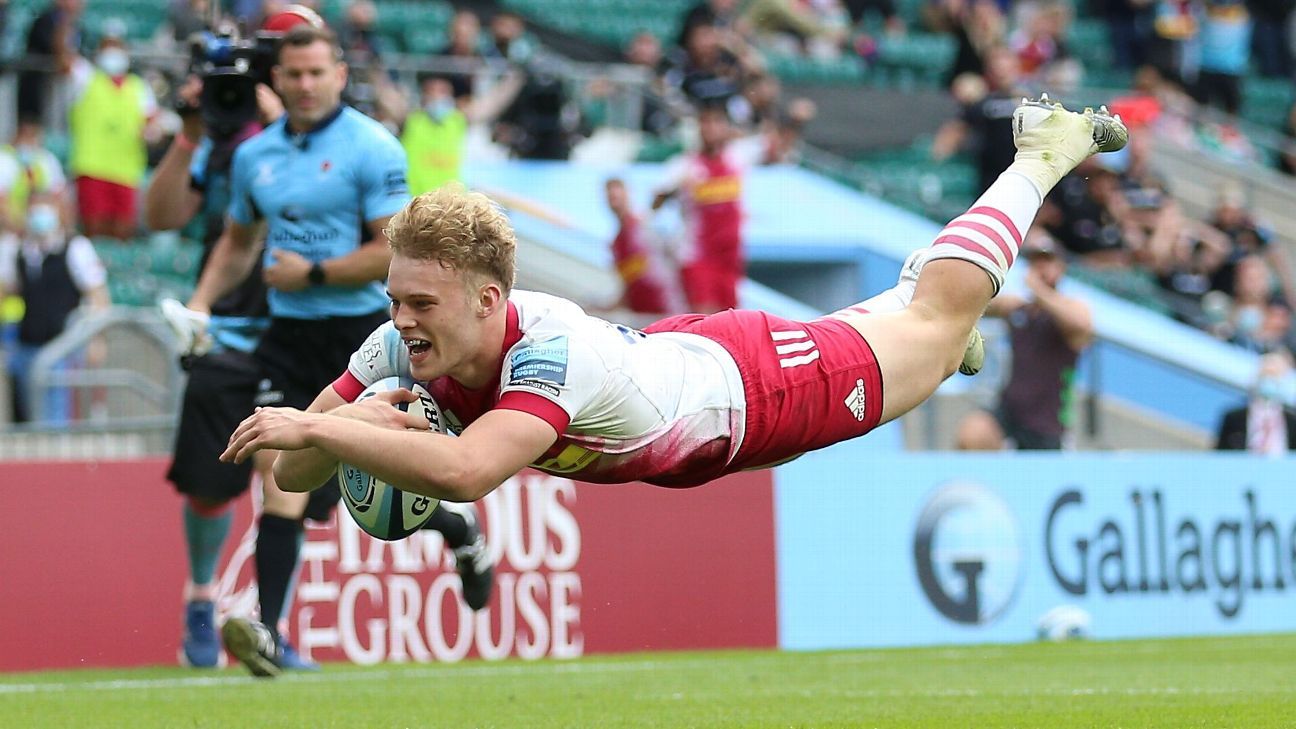 
Flying winger Louis Lynagh, son of Wallabies great Michael Lynagh, has now been approached by Italy about the prospect of playing Test rugby for the Azzurri.

But Italy’s head coach Kieran Crowley accepts that he may not win the battle for the services of the brilliant 21-year-old, with Lynagh also able to represent either Australia or England.

New Zealander Crowley revealed on Six Nations launch day on Wednesday that he had talked to Harlequins winger Lynagh about the prospect of competing for Italy.

Lynagh is still uncapped, although his progress has been so impressive with seven Premiership tries to his name already this season that it’s felt it won’t be long before either England or Australia, with whom his dad Michael won the World Cup, blood him.

He’s already previously had a spell in one of Eddie Jones’ England training squads but has been overlooked before the Six Nations begins.

Crowley, who also said he’d talked with former England fly-half Alex Lozowski – whose grandmother is Italian – about the same subject, would not reveal Lynagh’s current preference but it sounded as if he accepts the winger may have already made his mind up.

“I have spoken to them (Lynagh and Lozowski) personally. They have made decisions at the moment that I respect. I support them. I’ll keep in contact with them.

“You gave got to talk to them around their desires. Louis is also eligible for Australia. They have some decisions to make.

“They are playing for clubs in England and if they suddenly make themselves available for Italy, how does that affect their contractual status, which is their livelihood?”

“But certainly if they were available, we’d certainly be looking at them. They are all quality players.

“We will keep the lines of communication open.”

Italy, seeking to avoid a 17th last-place finish in the Six Nations, will face a tough tournament opener against title favourites France in Paris a week on Sunday before they host England.

Their wretched sequence of results has again sparked debate about their Six Nations future, and whether promotion and relegation should be introduced, which would be Crowley’s preference.

“It is something that we certainly don’t focus on and hopefully we can over the next couple of Six Nations campaigns quell that talk by our performances,” he said.

But Six Nations chief executive Ben Morel has ruled out the prospect of a promotion/relegation scheme, saying Italy’s dismal record does not threaten the team’s credibility.