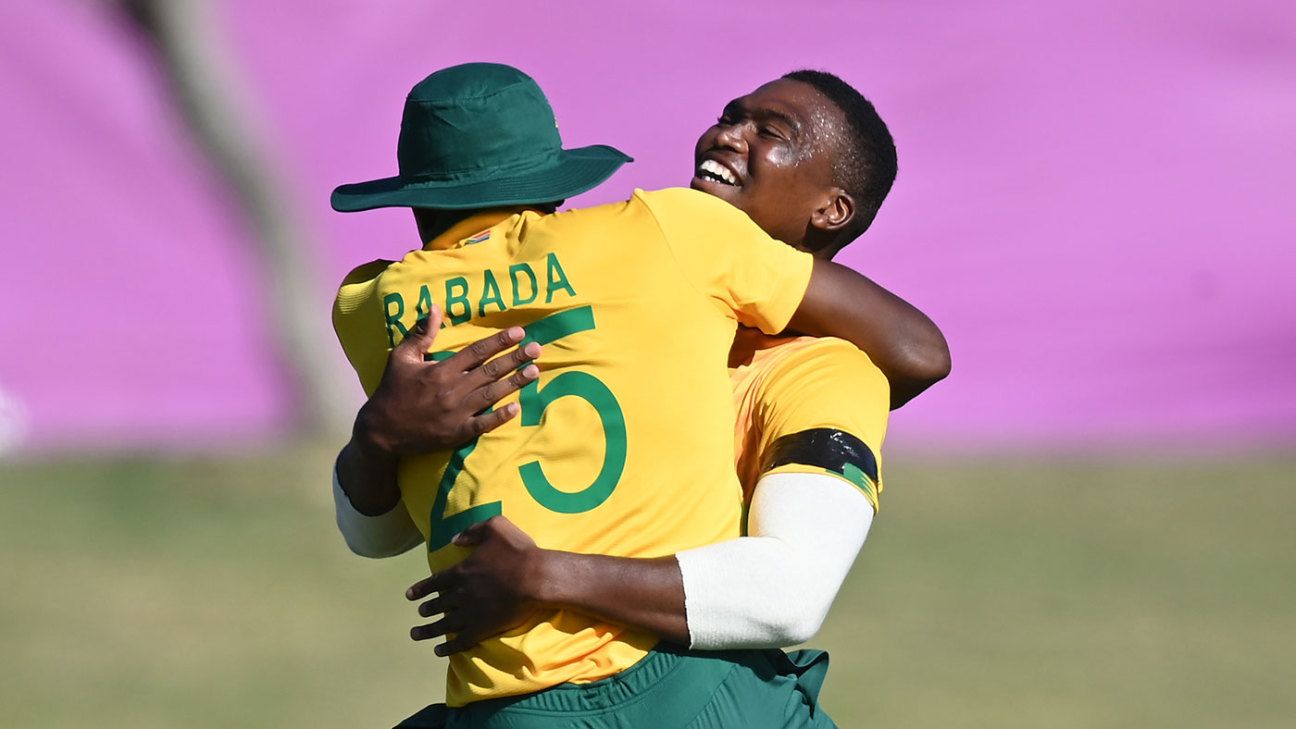 
South Africa’s national teams face tougher transformation targets aimed at ensuring that by the 2022-23 season they field a side with seven players of colour. The new measures may have already kicked in though have yet to be made public, and see an increased requirement on the number of black African players in the team this season, which will ultimately only leave room for four white players in an XI.

Since targets were reintroduced after the 2015 World Cup, the national men’s team have been required to include six players of colour of which at least two must be black African, but they do not need to have that combination in every game. Instead, the target is calculated on average over the course of a season, which allows for some flexibility in selection.

While that accommodation will remain, in a presentation made to the country’s sports minister, Nathi Mthethwa, the percentage of black African players required in the team is now 25% (up from 18% until the end of last season). Next season, 2021-22, the percentage increases to 27%, and in the 2022-23 season it sits at 33%. The number of players of colour required overall sits at 58% now and will increase to 63% by 2022-23.

While the percentages do not always equate exactly to a set number of players, they mean that in this season South Africa need to field between six and seven players of colour in a team, of which at least three should be black African more often than not. By 2022-23, South Africa will aim to field seven players of colour in their teams, of which between three and four will be black African.

The targets are self-set by CSA and are understood to have been well received by the ministry, which has previously criticised cricket’s transformation record.

CSA has not responded to requests for confirmation on the targets but recent selections have provided some evidence of their plan. In all three T20Is against England, South Africa fielded five players of colour – sshort of both the old and new targets – of which three have been black African.

Notably, Anrich Nortje was part of the warm-ups in the first T20I at Newlands, along with Kagiso Rabada and Beuran Hendricks, but sat out of the match in favour of Lungi Ngidi, who only marked his run minutes before the toss. In the second match, Pite van Biljon sat out and Reeza Hendricks was brought in, which allowed for Nortje to play in place of Hendricks. And in the third, with Kagiso Rabada out injured, Lutho Sipamla was included in a straight swap. In all three matches, South Africa have been without a seam-bowling allrounder as Andile Phehukwayo is unavailable for selection and Dwaine Pretorius is injured, and the balance of their side has been affected.

Rabada has also been ruled out of the ODIs, making South Africa’s selection all the more difficult from both a team strength and transformation perspective. Ngidi, Phehlukwayo and Junior Dala are the other black African bowlers in the squad, with Glenton Stuurman, Keshav Maharaj and Bjorn Fortuin all players of colour. Among the batsmen, Bavuma (black African) and Hendricks are South Africa’s only options.

Exactly what all this means for the 46% of the squad that are white also remains to be seen. Janneman Malan and Kyle Verreynne have yet to play a game and David Miller, who has been unavailable for the T20s, may be return for the ODIs, adding another layer of complication to how South Africa choose their team.

It is understood that team management understands the need for accelerated and aggressive transformation and are in favour of being transparent about the way the targets work.