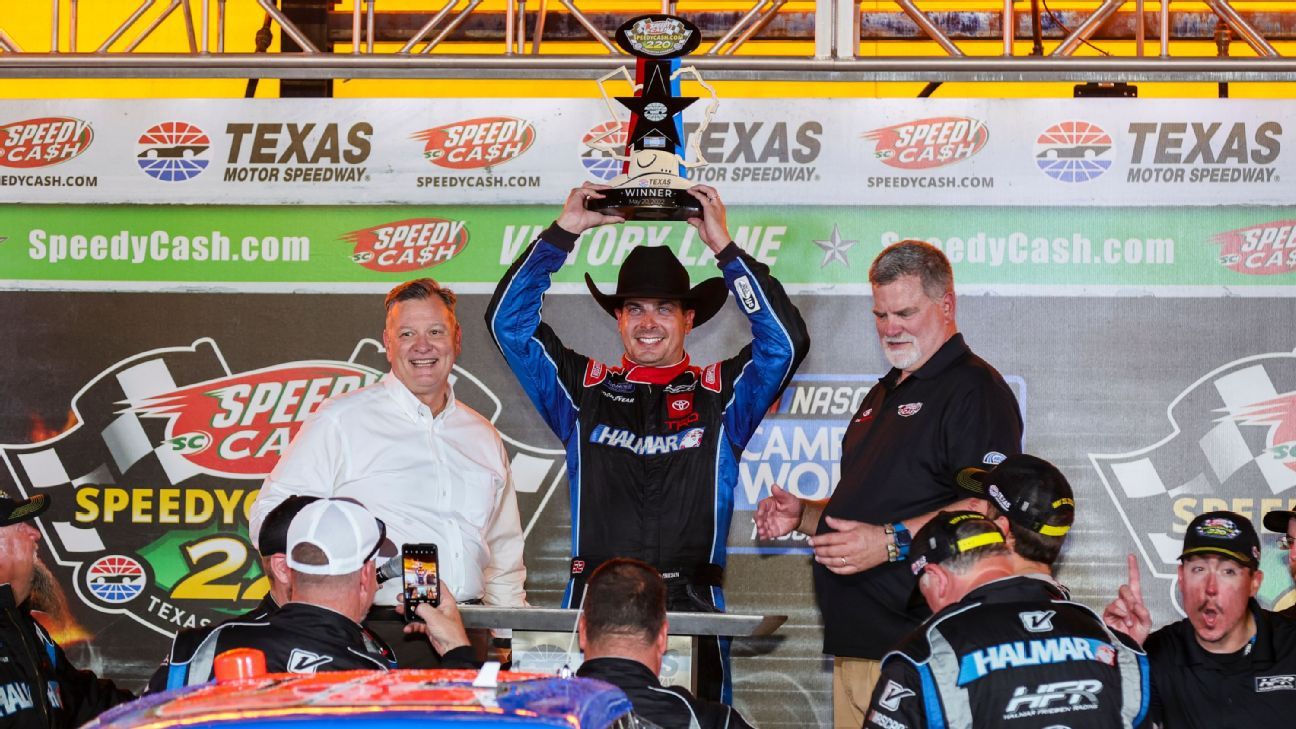 
FORT WORTH, Texas — Stewart Friesen muscled his way past Christian Eckes in overtime Friday night to win at Texas Motor Speedway for his first NASCAR trucks victory of the season.

The 38-year-old Friesen won for the third time in his career and the first time since November 2019.

Coming out of a caution in overtime, Friesen got off to a good start, took the lead and stayed low to fight off Eckes, who finished second for his fourth top-5 finish this season.

Ryan Preece, who won Stage 1 and Stage 2, was third.

Ben Rhodes, this season’s points leader with 319, finished 27th and spun out after he was bumped by Tanner Gray, who had lightly bounced off the wall to bring out the final yellow flag.

Rhodes leads John Nemechek, who finished sixth, by 20 points and Zane Smith, who finished 32nd, is third with 298 points. Friesen moved into sixth place with 254 points.