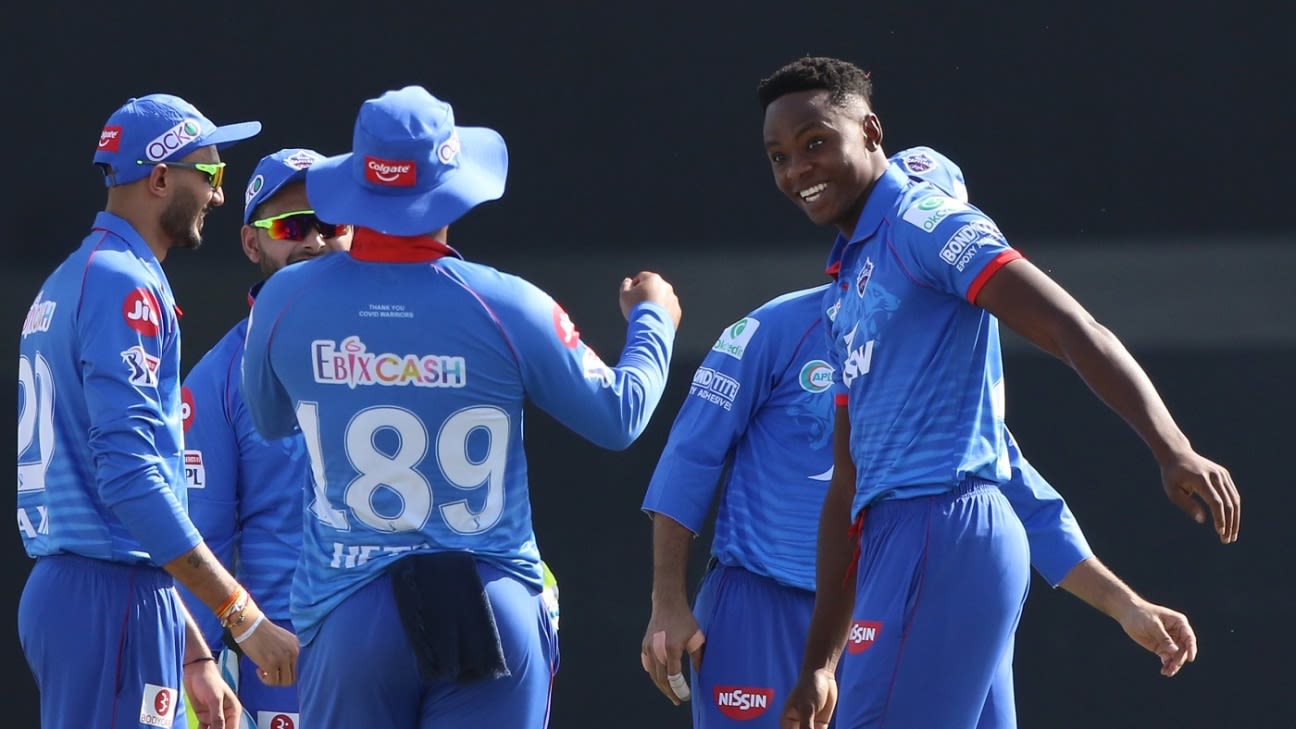 Pro Tip: Trust David Warner to come good based on his aggressive intent in the last game, and also take a punt on Rishabh Pant.

NOTE: We might not always be able to tip you off about late injury (or other relevant) updates, so please finalise your team after the toss.

Player availability: Kane Williamson is likely to miss this game as well as he continues his recovery from the adductor injury. All other players are available for selection.

The purple cap holder Rabada has not gone wicketless in 25 consecutive IPL games. Given the Sunrisers’ thin lower middle order, Rabada should pick up a few wickets in this game as well. He has picked up the most wickets against the Sunrisers since 2017: seven wickets in three games at an economy of 6.61.

Pant has been getting starts in almost every game but hasn’t yet made an impactful score, having failed to cross 25 only twice in eight innings so far this season. But he has a good record against the Sunrisers: 251 runs since 2018 at a strike rate of 160.89, which is the best among all batsmen who have scored 150 runs or more against them.

Shikhar Dhawan: Though Dhawan didn’t deliver in the last game, he is one of the first names you should be putting in your fantasy XI. Before the last game, he had scored 333 runs in four innings. Dhawan being a left-hander also has a better chance of tackling Rashid Khan, the spearhead of the Sunrisers’ bowling line-up.

David Warner: Though he scored only 35 in the last game, Warner batted with intent and aggression. Those runs came off just 20 balls and that could be a sign of what’s to come. Warner has also scored 370 runs at an average of 37 in the tournament so far with a strike rate of 127.58.

Rashid Khan: Though Khan had a couple of dry spells before the last game, he came back with a haul of 2 for 14 against the Kings XI Punjab. He now has 14 wickets so far at a miserly economy of 5.29. The last time these two teams met, Khan also picked up 3 for 14.

Vijay Shankar: Shankar has played a couple of crucial knocks in the last two games: 52 not out and an important 26, though the latter resulted in a defeat. He seems to be given the role of consolidating on starts and accelerating towards the end. His bowling is also an added reason to pick him: two wickets in the last three games at an economy of 5.

Jason Holder: Holder has created an impact in the two games he has played so far. He is bowling in the powerplay as well as at the death for the Sunrisers, which gives him a great potential to pick up wickets. In the two games so far, he has picked up five wickets at a very good economy of 7.5.

Fantasy hockey draft guide – When to draft your goalies
Maverick McNealy holes out for eagle to lead Fortinet Championship
Six-time Pro Bowl DT Roger Brown dies at 84
New Zealand bowl first as ODI series gets underway
The new era of tennis is here, Daniil Medvedev is for real and other takeaways from a wild US Open