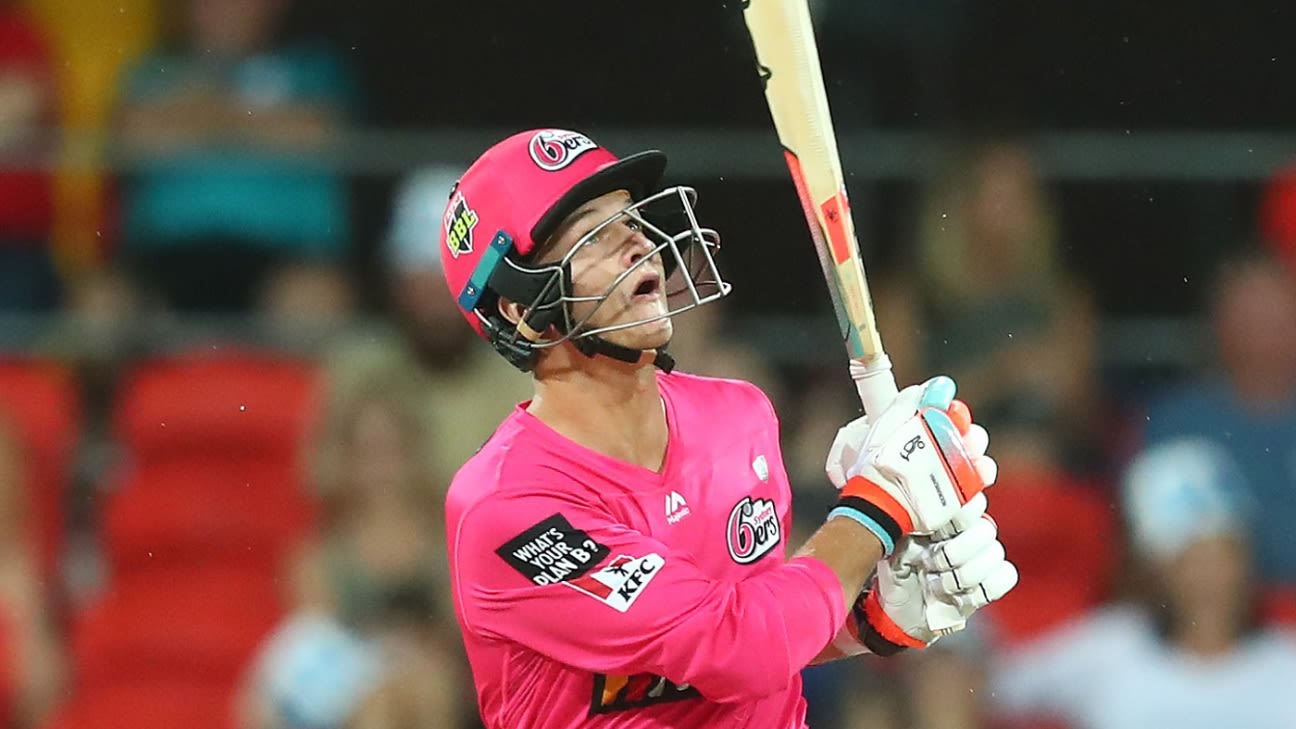 Pro Tip: Hurricanes have been the best batters against spin in BBL10 averaging 28.95. So, it is safe to avoid spinners from the Sixers for this game.

Player Availability: Sean Abbott’s availability for Sixers is in doubt as of now.

We might not always be able to tip you off about late injury (or other relevant) updates, so please finalise your team after the toss.

With 441 runs in 12 games at an impressive strike rate of 150, Philippe is the second highest run scorer in this season. He has been phenomenal against spin this BBL, scoring 143 runs at an average of 47.66 and a strike rate of 193.24.

Even though he missed a majority of this season due to national commitments, Wade has been a sensational opener for the Hurricanes scoring 1068 runs at an average of 42.72 and a strike rate of 155.45. He scored a sensational 130* off 61 balls against the Strikers last year.

Ben McDermott: McDermott has been enjoying a dream BBL edition so far with 397 runs at an average of 44.11. He also gets extra points for his wicketkeeping – he has effected eight dismissals in ten games. He has recorded three 20-plus scores in four games at the MCG.

Ben Dwarshuis: Although he has missed a handful of games for Sixers in this season of the BBL, he is the joint leading wicket-taker for them with 14 strikes in just nine games at an average of 18.57. He has taken nine wickets in eight games against the Hurricanes at a strike rate of 15.89.

Daniel Christian: The 37-year-old allrounder has been a revelation for the Sixers this season winning them a couple of games on his own. Christian is the only player to pick more than 10 wickets as well as score 150-plus runs in this edition of the BBL. Against the Hurricanes, he has scored 251 runs at an average of 35.86 and a strike rate of 159.87.

D’Arcy Short: Short had a shocker of a start to the season as per his standards but has slowly found a way to score runs recently recording scores of 43 and 54. He has scored 244 runs in 12 games but has made up for it a bit by picking up a couple of three-wicket hauls so far.

Moises Henriques: Henriques, who recently had a good limited-overs series against India, made his comeback in the BBL in the last game where he scored a quickfire 56 off 35 balls. He bowled extremely well in the T20I series against India and if he is fit enough to bowl, he can be a good pick for a captaincy role, too.