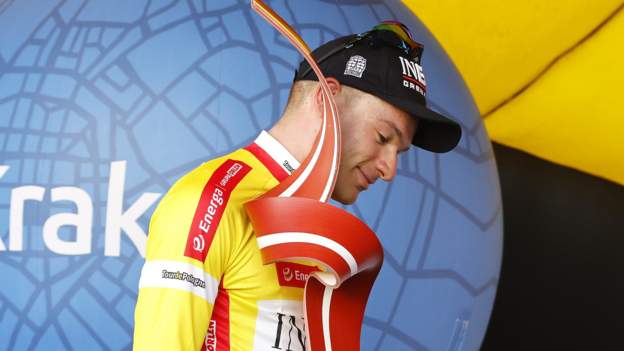 
Britain’s Ethan Hayter won the Tour of Poland after Arnaud Demare claimed the seventh and final stage on Friday.

Frenchman Demare, of Groupama-FDJ, finished with a superb late burst to win the sprint into Krakow.

The win is the first WorldTour overall victory of Hayter’s career, as he becomes the sixth active British rider to have won general classifications at this level, joining Tao Geoghegan Hart, Geraint Thomas, Chris Froome, Adam Yates and Simon Yates.

Mark Cavendish quit the tour after completing five stages to concentrate on racing for the Isle of Man in the Commonwealth Games.