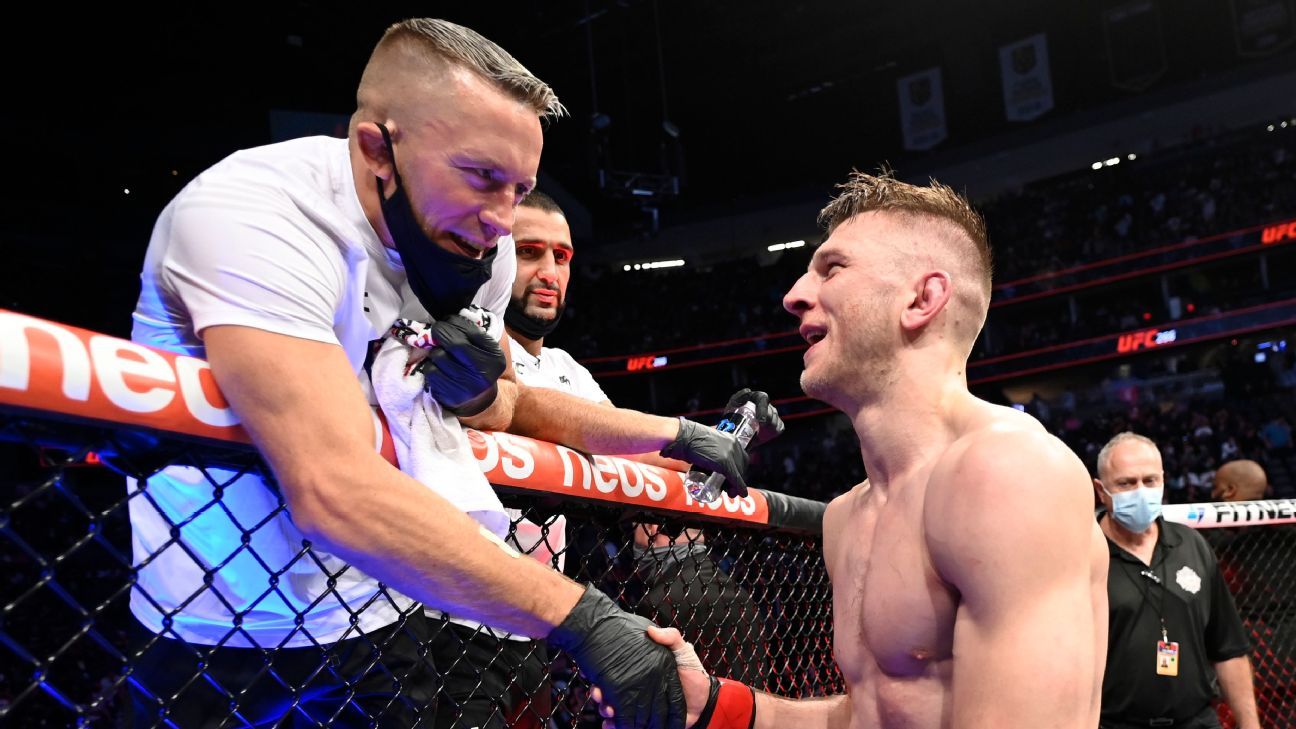 The 145-pound contest, which will mark Hooker’s first fight at that weight in over five years, will take place at UFC Fight Night in London.

Hooker (21-11), of New Zealand, signed with the UFC as a featherweight in 2014. He went 3-3 in his first six fights inside the Octagon at that weight before transitioning to the 155-pound lightweight division in 2017. Following the move, Hooker won six of his next seven to catapult him into UFC title contention.

The 31-year-old has hit a cold spell as of late, however, with high-profile losses to Dustin Poirier, Michael Chandler and Islam Makhachev. All of those opponents were highly ranked at the time.

He draws a tough assignment in Allen (17-1), who should have the crowd behind him. Fighting out of Felixstowe, England, Allen is a perfect 7-0 in the UFC. He holds notable wins over Makwan Amirkhani, Gilbert Melendez and Nik Lentz.

A heavyweight fight between England’s Tom Aspinall and Alexander Volkov is scheduled to headline the UFC Fight Night event.