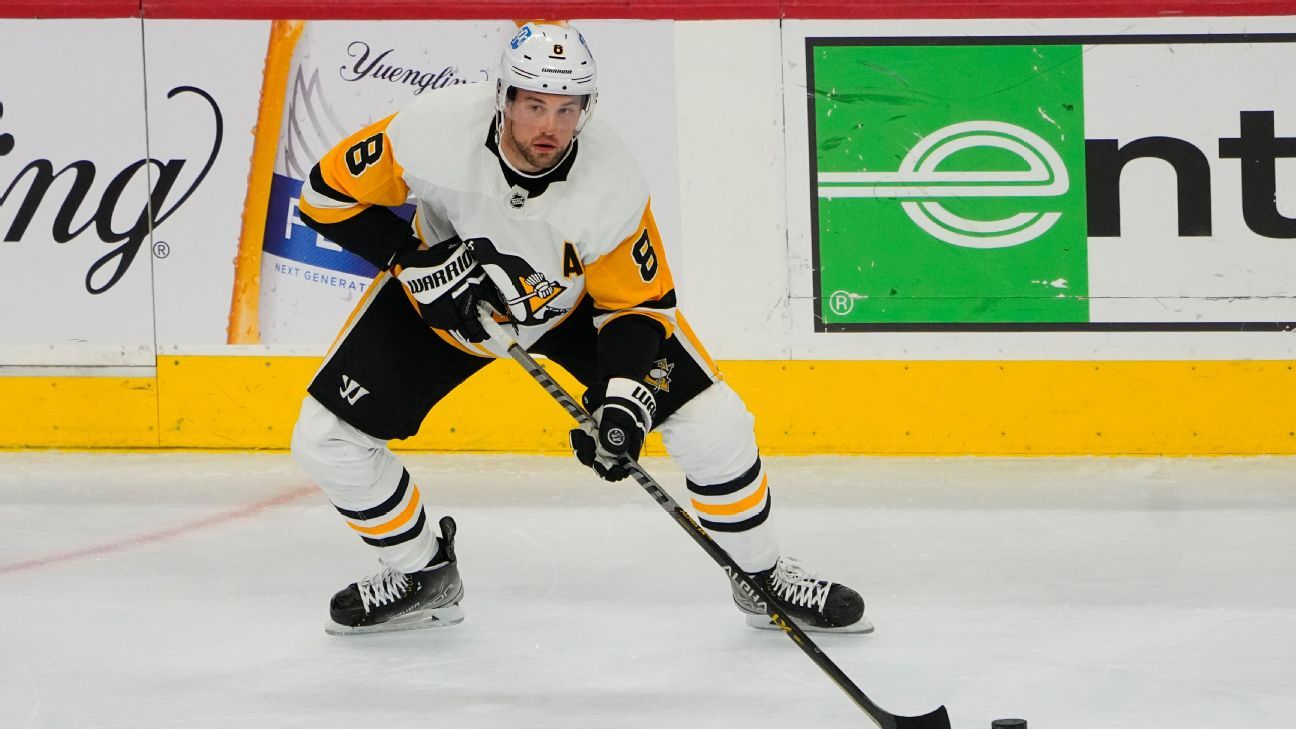 
Every week, we’ll mine the waiver wire for lesser-rostered assets to help your squad, whether you favor dynasty or the redraft format, and we’ll also toss in some tips for DFS players out there. Finally, we will look at some former go-to fantasy assets who may be overvalued – in the short- or long-term – for one reason or another.

Tim Stutzle, LW/C, Ottawa Senators (Rostered in 49.0% of ESPN.com leagues): As discussed in last week’s revised schedule piece, the sophomore, along with his Ottawa teammates, is going to be busier than most other NHLers through February. With 12 contests on the month’s slate (in contrast, the Lightning play only six), Stutzle will have ample opportunity to add to his exponentially increasing points haul. After a quiet start to the campaign, the 20-year-old has six goals and five assists in his past 13 contests. Cemented on the Senators’ second scoring line, he should continue to contribute with comforting regularity. Stutzle won’t be available in more than half of ESPN.com leagues for long.

Jesper Bratt, RW, New Jersey Devils (27.8%): The Devils winger is sizzling once more with three goals and an assist in a trio of games since returning from his COVID protocol-related absence. After a 10-day break in the latter half of December, Bratt has been exceptionally productive on a scoring line with Jack Hughes and Yegor Sharangovich, churning out eight points in a stretch of five contests. He’s actually been productive since game six of the season, striding at better than a point per game pace in leading New Jersey in scoring. That Bratt is less popular than Devils fantasy dud Tomas Tatar makes little sense to me.

Valeri Nichushkin, RW/LW, Colorado Avalanche (23.1%): The imposing winger appeared his most formidable self in his first game after clearing the league’s COVID-19 protocol, potting a power-play goal and earning an assist on the overtime winner in Saturday’s victory over the Canadiens. Before suffering an upper-body injury in December, the 26-year-old was also on a nice little month-long roll, contributing 10 goals and five assists in 17 games. Nothing wrong with that pace. As long as he sticks on a line with a red-hot Nazem Kadri – who’s showing no hint of slowing down – Nichushkin merits rostering in deeper fantasy leagues. Especially ones that reward goals at a premium.

Valeri Nichushkin tallies on a power play for the Avalanche.

Viktor Arvidsson, RW/LW, Los Angeles Kings (16.7%): As touched on last week, the Kings’ second scoring line deserves a fair share of credit for the team’s recent run of success. Competing alongside Phillip Danault and Trevor Moore, the former Predator has failed to register a point only twice in a current stretch of 10 games, amassing four goals and seven assists altogether. Leading his club in shots (3.7/game), Arvidsson is also averaging 1.8 fantasy points per contest his first season in L.A. and 2.3 since the calendar flipped to 2022. The 28-year-old should be rostered in much more than a 17% of ESPN.com leagues.

Jeff Skinner, LW, Buffalo Sabres (8.4%): While Skinner has largely dished out feast or famine performances since New Year’s Day, it’s all worked out in the fantasy wash. Right before erupting for two goals and a helper against the Flyers on Saturday, the Sabres’ winger registered nada on the fantasy meter against the Stars Thursday, not even a lonely shot. Doesn’t run more hot/cold than that.

But managers willing to practice some patience are sure to reap the fantasy rewards of rostering the volatile winger. Skating on Buffalo’s No. 1 scoring line, Skinner has earned seven goals and three assists on 30 shots in his past nine games. There’s value in that brand of production, no matter how erratic.

Brian Dumoulin, Pittsburgh Penguins (3.7%): While he’s no Kris Letang, Dumoulin contributes in his own, if slightly less explosive, fantasy fashion. Would you believe the 30-year-old has averaged 2.3 fantasy points /game since Dec. 14? A healthy dose of blocked shots here, a few hits there, plus a handful of pucks on net and the odd goal or assist. It all adds up. And unlike Letang, Dumoulin is widely available across the ESPN.com fantasy spectrum.

David Savard, Montreal Canadiens (3.5%): Another defender who “scores” fantasy points without contributing much to the scoresheet, Savard blocks a ton of shots (fifth most in the NHL with 91) and throws his body around often enough. One of the club’s more durable skaters who has yet to miss a game this season, the veteran blueliner has (also) averaged 2.3 fantasy points/contest in ESPN.com’s standard competition since Dec. 7. Savard has also played more Montreal minutes than anyone other than Ben Chiarot during that period.

Kaapo Kahkonen, Minnesota Wild (15.2%): Filling in for an injured Cam Talbot since New Year’s Day, Kahkonen has been pretty super, posting a 5-0-1 record, .938 SV% and 2.19 GAA. Hard to find much fault with that flash. Even with Talbot reportedly healthy again, I like the Wild’s other netminder to steal a greater share of starts during a fairly hectic stretch from now through the end of the regular season. And if the club’s No. 1 struggles like he did before falling hurt, Kahkonen will enjoy an even greater share of playing time.

Carter Hart, G, Philadlephia Flyers (64.0%): He’s a good goaltender who doesn’t play for a very good team (right now). Hart hasn’t won a game in 41 days, since Dec. 14. The Flyers – winless in 2022 – have earned only two victories since then, both times with Martin Jones between the pipes. Until Philly figures it out and turn matters around, Hart will likely hurt your fantasy roster more than help. Again, largely through little fault of his own. If unwilling to drop the 23-year-old goalie, at least bench him for a bit.