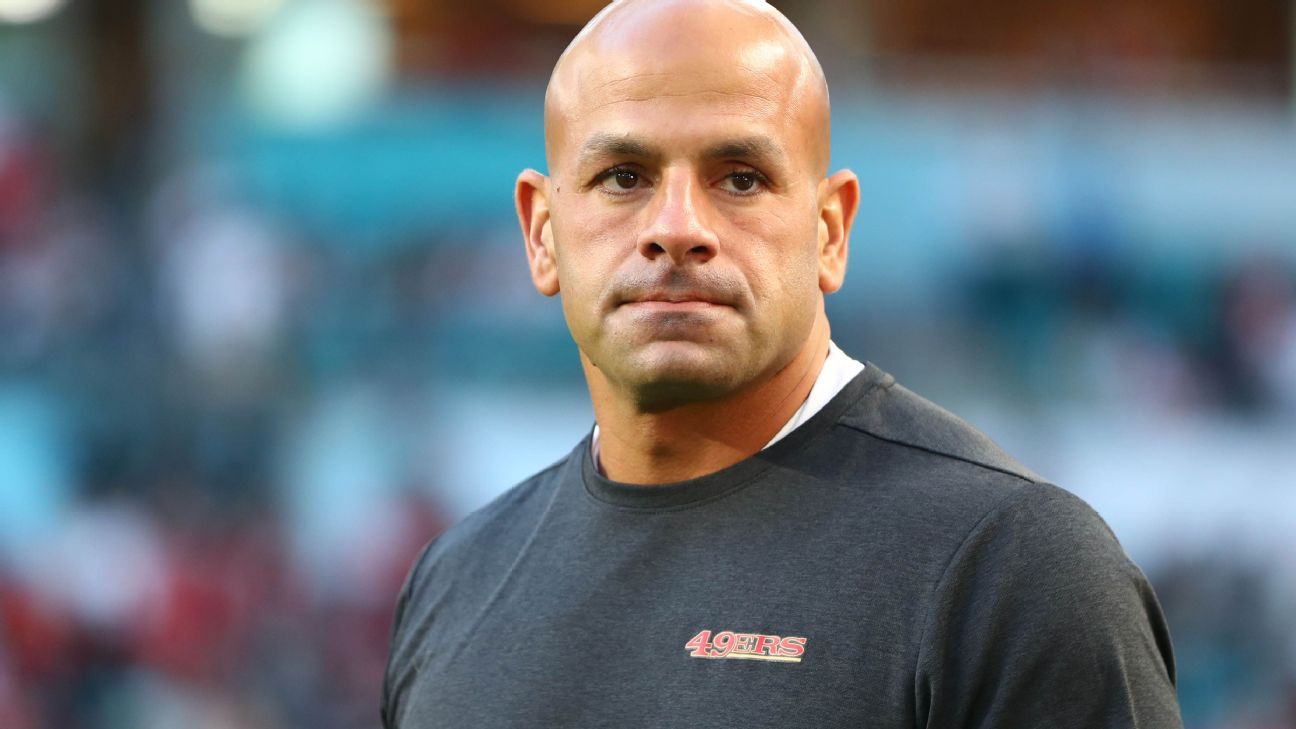 
FLORHAM PARK, N.J. — The New York Jets‘ decision to make Robert Saleh their head coach was predictable in that it followed a popular formula: He’s completely different in style and substance than the guy they just booted out of the building.

In other words, he’s the anti-Adam Gase.

That’s how it works in the NFL. If a team fails with one kind of coach, it usually goes in the opposite direction for his replacement — a hiring pendulum, so to speak. In this case, it works. It’s the right move.

• Latest news on open coaches’ jobs in NFL »
• Play the NFL head coach match game »
• Jaguars’ Meyer must answer key questions »
• Why Saleh will be a home run for Jets »
• McManus: What’s next for Eagles, Wentz? »

The former San Francisco 49ers defensive coordinator is a passionate, energetic coach who exudes positivity. He’s a lot like one of his mentors, Seattle Seahawks coach Pete Carroll, who, ironically, was run off by the Jets 26 years ago because his style was deemed too player-friendly.

For Pete’s sake, the feel-good vibe is back with the Jets. And they need it. Man, do they need it. After five straight losing seasons, including a 2-14 stinker under Gase, they need a coach whose glass is half full.

A coach who can galvanize the entire locker room, not just one side.

A coach who can motivate and inspire.

A coach who can connect with the fans.

None of which Gase did.

Saleh was a successful coordinator in his four-year run with the 49ers, highlighted by the NFC championship in 2019. The 49ers fell to 6-10 this season, but it might have been Saleh’s best coaching job. His unit was decimated by injuries, but the defense managed to finish fifth in total yards. He runs the Carroll scheme, meaning a 4-3 base front with a lot of Cover 3 zone.

MORE: ‘Jets got a great one’ in Robert Saleh: Richard Sherman, Quinnen Williams, others react

The Jets need a face-lift on defense, but that’s not Saleh’s primary job. No, his assignment is to bring hope back to One Jets Drive, home of the NFL’s longest playoff drought (10 years). Saleh was an assistant linebackers coach for the Houston Texans the last time the Jets made the postseason. From there, he served a three-year apprenticeship as a quality-control coach in Seattle, where he rubbed elbows with the celebrated “Legion of Boom” defense that won the Super Bowl after the 2013 season.

Now it’s on Saleh to change the culture, to bring some of that Seattle swagger to the moribund Jets, who have a leadership void. This is a tough charge for any coach, let alone one with no head-coaching experience. That he has no previous working relationship with general manager Joe Douglas also adds to the risk, but there’s risk in every hire.

Rich Cimini breaks down the Jets reaching agreement with 49ers defensive coordinator Robert Saleh to be their new head coach, and why he fits what the organization is looking for.

Saleh and Tennessee Titans offensive coordinator Arthur Smith were the Jets’ top two candidates; they also were coveted by just about every team looking for a coach. Smith would have been intriguing because of the Titans’ rise as an offensive power over the past two seasons, not to mention the rebirth of quarterback Ryan Tannehill. In the end, the Jets opted for Saleh because of his leadership and communication skills.

His first order of business is to hire an offensive coordinator, and according to ESPN NFL analyst Adam Schefter’s sources, Saleh is expected to name 49ers passing-game coordinator Mike LaFleur to that role. LaFleur is the brother of Green Bay Packers coach Matt LaFleur, who was the best man in Saleh’s wedding. The families are close. Presumably, they would run the Kyle Shanahan system, which is quarterback-friendly — run-heavy, lots of motion and a moving pocket. It fits Sam Darnold‘s skill set; he actually played in a Shanahan-style scheme as a rookie.

Saleh will have significant input in the Jets’ quarterback decision. Does he want to ride with Darnold, who struggled in 2020, or will he endorse a new quarterback via the 2021 NFL draft? Before facing the Jets in Week 2, Saleh said Darnold “is getting a lot better. … He’s a very talented quarterback.” Then his 49ers’ defense, crippled by injuries that day, went out and held Darnold to 179 passing yards and a meaningless late touchdown pass in a 31-13 win.

Make no mistake, Saleh inherits a bad roster. He will rely on Douglas to fix that; his job as head coach is to change the attitude in the building, to make football fun again. The Jets have been laughed at for too long. It’s time for them to enjoy a few yuks.

FCS college football weekend preview
Travis Head flays Western Australia with 189 not out
Defending Baker Mayfield: Why wouldn’t the Cleveland Browns give him an extension? – Cleveland Browns Blog
South Africa 'have a number of tours against India' in the works, says Graeme Smith
What we know about Tiger Woods’ crash, condition and what happens next