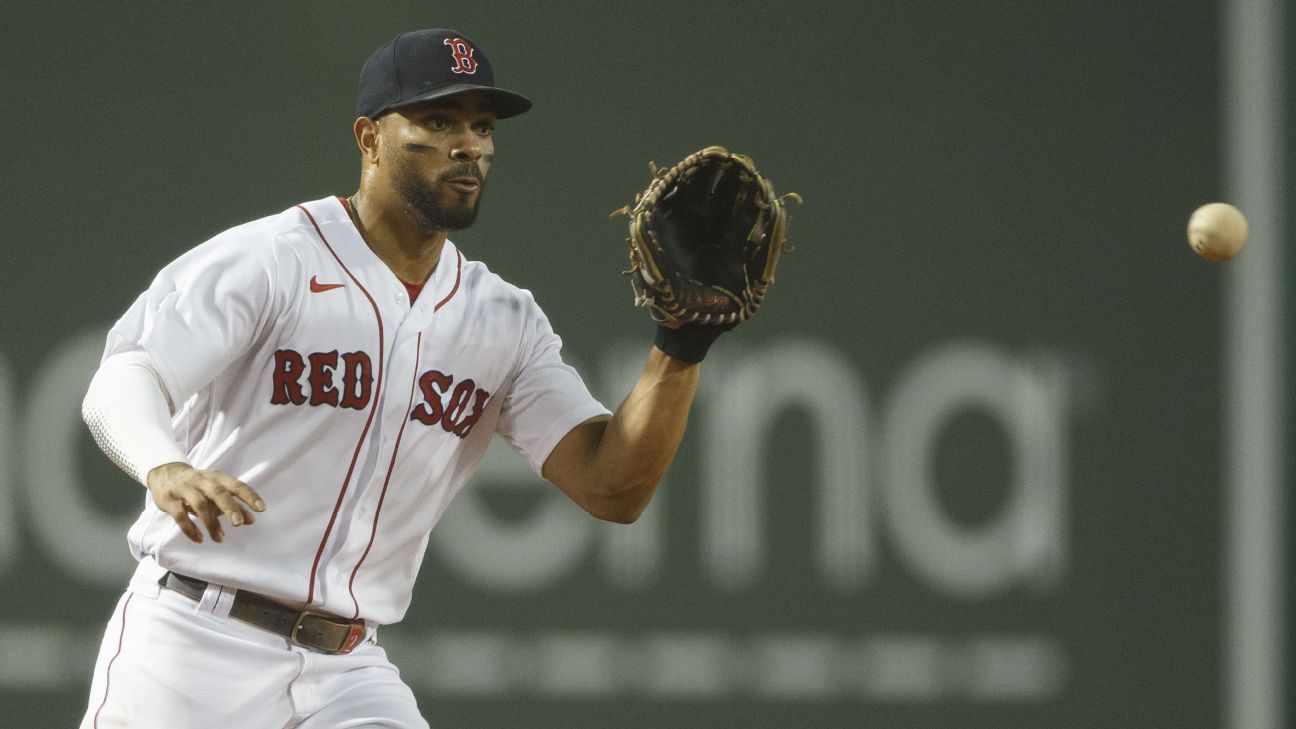 
Fantasy baseball managers will enjoy investing in new San Diego Padres SS Xander Bogaerts because he is reliable, consistent and they know he will provide strong statistics year after year. Is he the best shortstop in fantasy? Nope, but Bogaerts finished the 2022 season as both the No. 35 hitter on the Player Rater and the No. 35 hitter in points leagues.

There’s still time to play Fantasy Basketball this season! With leagues tipping off every Monday, it’s the perfect time to get started. Create or join a league today.

While he’s not a top source of power and last stole double-digit bases in 2017, the former Boston Red Sox star provides batting average and stability — and surely that is worth quite a bit. No, he’s not Trea Turner, but as annual fourth- or fifth-round fantasy picks go, regardless of the format, Bogaerts is always a good one.

Little should change as he leaves for the National League, and perhaps Bogaerts even trades in some of the doubles he’d flick off the Green Monster into home runs at San Diego’s Petco Park, which plays well for right-handed power. Bogaerts hit only 15 home runs this past season, less than half of his total from 2019, and perhaps a lingering shoulder issue played a role.

Regardless, Bogaerts enters his age-30 season as a fantasy stalwart sure to hit somewhere at the top of a loaded lineup and surrounded by other superstars in OF Juan Soto, 3B Manny Machado and, eventually, the team’s now former shortstop.

Yes, perhaps the big news coming from his signing may be that the Padres signed a shortstop and Fernando Tatis Jr. seems likely to move to the outfield. In fact, the Bogaerts signing creates a string of moves, with Gold Glove caliber SS Ha-Seong Kim likely moving to second base, and 2B Jake Cronenworth sliding to first. It may not be the wisest defensive alignment, as surely Kim is a better shortstop than Bogaerts and Cronenworth loses considerable value leaving second base, but the Padres can do what they want.

Tatis famously did not play in 2022 and cannot debut in 2023 until late-April, but when he does it will be in the outfield. Don’t worry, fantasy managers, as he retains SS eligibility from 2021, but will add OF eligibility soon after he returns to the field. Perhaps playing a corner outfield spot keeps him healthier. After all, does it matter that he will lose SS eligibility in 2024? There may be less depth in the outfield than at shortstop, at least for fantasy purposes.

As for the Red Sox, unless they make a play to sign one of the top available shortstops (Carlos Correa, Dansby Swanson), it appears that Trevor Story will take over the position. Story’s debut season in Boston went rather poorly, as he hit only .238 with 16 home runs over 94 games, while dealing with numerous injuries. His lack of durability and concerns with hitting outside Denver’s Coors Field were factors in him slipping out of the top 50 in preseason drafts.

In retrospect, he wasn’t even a top-100 player. Story brings 2B eligibility into 2023 and will presumably add SS eligibility early in the season, but it will be a risk counting on him to stay healthy or to expect a return to top-10 SS status.